This event has passed but details are kept for historic record - thank you. 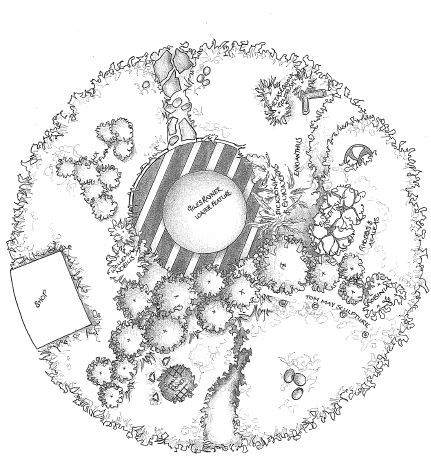 Our inspiration for this year was :

We are in full swing now preparing for Chelsea.

We will be showing a selection of Enkianthus cultivars.

Enkianthus flower here at Burncoose and at Caerhays from late April until early June. The flowers are exceptionally beautiful but the are little known and not grown widely enough.

All Enkianthus species have clusters of racemes of campanulate flowers. All are deciduous shrubs or small trees with leaves arranged in round whorls. This distinctive characteristic gives the plant a tiered effect in maturity.

The individual flowers of Enkianthus are pendulous with a bell or pitcher shape composed of five lobes. All Enkianthus produce vibrant Autumn colour- Enkianthus campanulatus produce vibrant colours from yellow to orange and crimson. These plants are best grown in full sun and prefer a well drained, acidic soil.

Cultivars that we intend to display include- 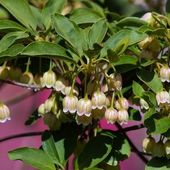 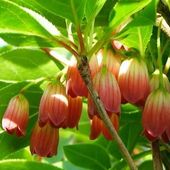 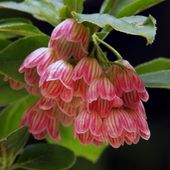 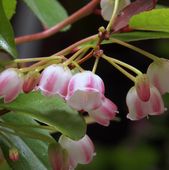 Building the stand
Any structures for the stand that can be made before hand are currently being constructed but due to the nature of this year’s theme we will be reclaiming some of the mining relics that can be found around Burncoose gardens. The rust colours make a pleasing backdrop for displaying striking plants.

A woodland area will represent areas of Cornwall, including Burncoose gardens. Ornate paths and even a large tunnel to move cows from field to field were built at Burncoose by miners during a period when work was scarce. Plants on display in this section will include Cyathea cooperi, Dicksonia antarctica, Acer palmatum cultivars and Metasequoia ‘Goldrush’.

A mine wasteland area depicts exposed sites of Cornwall, many of which have been developed in to nature reserves or preserved as places of historical interest. Plants featured in this section of the stand include Ulex europaea ‘Flore Pleno’, Tamarix ramosissima 'Rosea' and Armeria maritima ‘Splendens’.

A section of the stand will also be dedicated to climbers and will feature such plants as Rosa banksiae ‘Lutea’, Trachelospermum jasminoides, Jasminum ‘Fiona Sunrise’ and Solanum jasminoides. 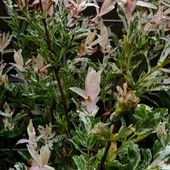 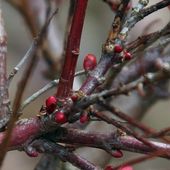 Salix integra ‘Flamingo’
This variegated willow is top grafted and typically grows to between four and six feet. The new growth starts pink before fading to white and then finally mottled green, an attractive contrast to the red stems. Regular pruning is required for best results. This plant is fully hardy and prefers sun or partial shade, in well drained soil. The plants we are growing on the nursery for the show are just coming in to leaf. These will be pruned shortly to encourage plenty of new growth and a neat, rounded shape.