This news article is from our news archive, details may be out of date - thank you.
Caerhays scoops prestigious award 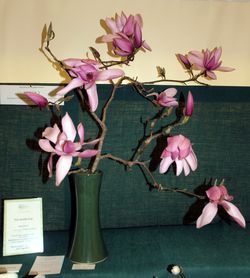 The Royal Horticultural Society (RHS) National Rhododendron Show and Competition was combined with the South West Camellia and Magnolia Show.

Both were staged at Rosemoor, a 65-acre garden set in of rural north Devon within a dramatic backdrop of steep wooded valley sides.

Caerhays Castle and gardens on the south Cornwall coast exhibits and competes regularly at the South West Camellia Show.

This year, the entries did particularly well, with their spray – Magnolia Surprise – gaining first place and being awarded the Quicke Cup, presented for the best in show in the magnolia section.

Firsts were also awarded for a vase of Magnolia Atlas and for a single flower of Magolia Campbellii alba seedling. 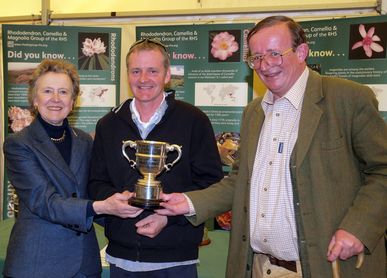 Charles Williams, owner of the estate and a recognised magnolia expert, is more than happy to have done so well this year.

“Everybody in the garden business had a terrible time with frosts early in the season so we got off to a slow start.

“I am pleased to say that we normally set ourselves a very high standard and do come away with awards but we have done exceptionally well this year and it reflects well on the whole Caerhays gardens team.”

He was also proud to have been presented with the awards by Elizabeth Banks, President of the RHS. 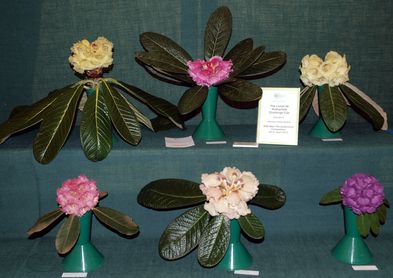 Caerhays, located in a sheltered valley overlooking Porthluney Cove on the south Cornish coast, is home to a National Magnolia Collection, the gardens producing a spring-time wonderland for visitors.

The 120 acre woodland gardens is English Heritage Listed Grade II*and the recently extended network of paths opens up an extensive area of the estate.Gardens open to the public until the 16th June 2013.  Caerhays Charity Fete - Sunday 16th June.
Terms & Conditions