Wishing all our customers a Happy New Year.
< Back 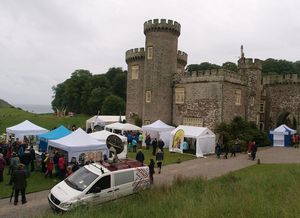 The revived Caerhays summer fete – staged last weekend – was “a major success for all those who took part and for those who came along to enjoy it.”

It was an ambitious event and brought back to life a tradition which was once the focal point of the village year but which had not been staged for over 30 years.

A poor weather forecast kept some people away but nearly 1,000 attended despite unsettled conditions and the organisers were pleased with the turnout.

“Of course, better weather would have meant a bigger attendance but we were encouraged enough to be certain that we shall be running the fete again in two years’ time,” said Caerhays marketing manager, Lucinda Rimmington.

“We have always planned to run it on a two-year cycle and we now intend the summer fete to take back its place as an important local festival which reaches out to all parts of the community.”

The fete was organised by a committee of local charities and groups and was staged in the grounds of Caerhays Castle. Many local organisations and charities – including St. Michael Caerhays Church – will benefit from the money raised.

“As yet we have not done all the sums so we don’t know how much will be available for distribution but I am sure the community will benefit in many ways.” 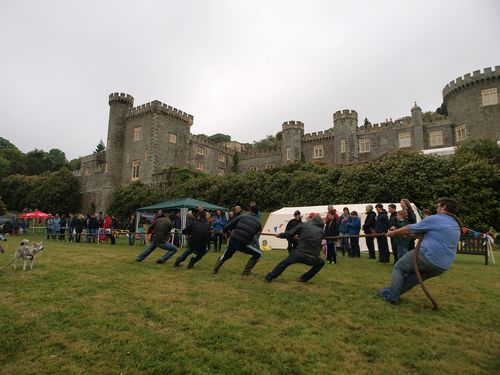 One immediate benefit, she said, was the manner in which local people supported the fete and welcomed its return.

“It was a major success for all those who took part and for those who came along to enjoy it. The feedback was really good and we would like to thank all the volunteers, performers, stallholders and people who supported the fete in so many ways.”

BBC Radio Cornwall broadcast live from the fete, which featured a huge range of entertainment, events and stalls.

There was a tug-of-war, archery, quoits and morris dancing. Smash the china, splat the rat, a Pimm’s stand, a barbershop quartet, a craft marquee and a dog show kept people busy and they could refresh themselves with local food and Cornish beer.

“Events like this take a lot of organising and so many people had to pull together to make it happen. It was a little bit of community history, come to life.”
Terms & Conditions