This news article is from our news archive, details may be out of date - thank you.
We wish Esther good luck with her cookery book launch in which we are featured. 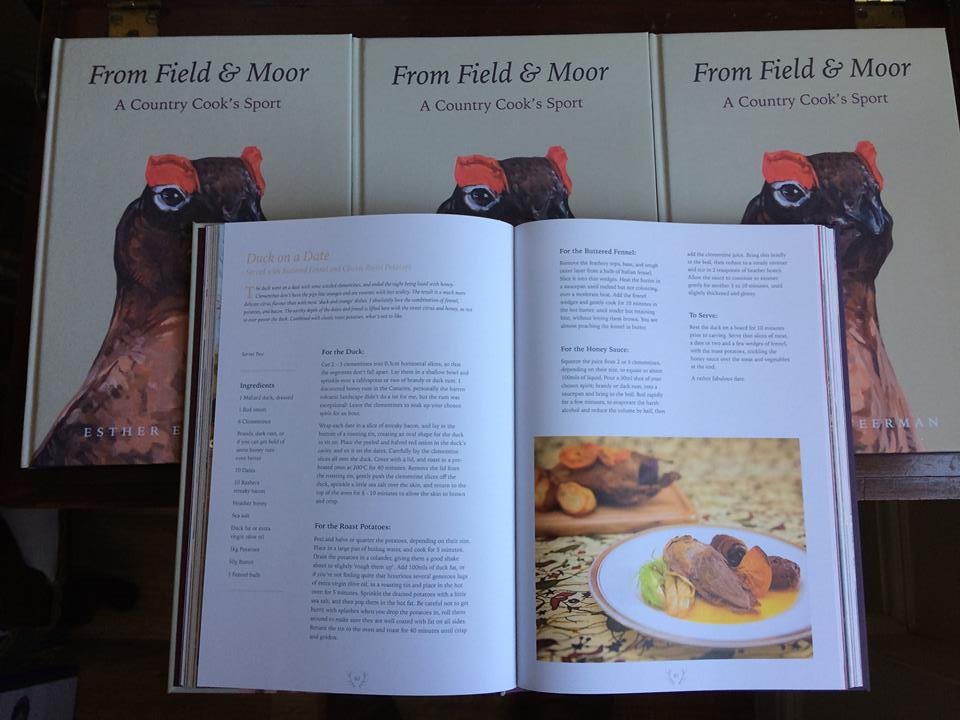 ‘The Cornish’, is a collective term used at home for the group of people who visit us in ‘The North’, for predominantly shooting purposes.  They have always been known to me, and are very much part of that old world.  At least one annual trip would be made to shoot grouse every year whilst they stayed on the estate my grandparents worked for, a tradition which continues today with only a variation to the lodgings.  Mrs Green had a very fond relationship with ‘The Cornish’, and several ‘small ones’ were partaken in at her kitchen table along with sound advice, when maybe the beneficiaries should really have been in the company of high society.

It was about 20 years ago when I first went down to Cornwall, nothing could have prepared me for the magic of Caerhays.  It was the May Bank Holiday and Mrs Green, my dear Uncle Trevor and I set off in his clapped out old Escort car.  Caerhays is not only a world class shooting estate, it is a beautiful castle with a 140 acre garden boasting more than 600 species of magnolias.  When we finally came up the drive the Highland cattle were grazing on the front paddocks sweeping down to the lapping sea in the cove.  Caerhays is all this, but it is also a home full of warm people who have touched and shaped my life.  One such person was John Trudgeon, sadly no longer with us, with his exquisite manners and roguish smile.  I’m not entirely sure what his official title on the estate was, but I saw him as the squire’s right-hand man.  He was also the master of getting you rather squiffy on gin, affectionately referred to as ‘being Trudged’.  He could make gin and tonics which slid down like nectar, but were lethal!  Try this at home and you’d gag on them, as almost neat gin isn’t really that palatable.

On the Sunday after our arrival we were invited for lunch at Burncoose, the main nursery for the estate, and then home to Charles and Lizzie Williams, who are now in the castle.  After pleasantries and a customary gin, we sat down to eat, Lizzie promptly announced that we were having smoked cock to start!  Now I was pretty wet behind the ears still then, but even I could not repress a wry smile.  On further explanation it transpired that a the end of the season there were a lot of old cock pheasants hanging around that needed to be shot to allow the new intake to flourish.  After a while ideas of what to do with the meat, which can be quite strong, had started to run dry.  Lizzie had come up with the ingenious idea of hot smoking the breast meat, which turned out to be delicious.  Lunch progressed, as did the alcoholic beverages, including some serious sloe gin at the end of the meal.  I excused myself to attend the bathroom, and to this day I cannot tell you how many dogs there were in the hall.  Two on the way to powder my nose, at least six on the way back, and the large black and white floor tiles did nothing to help my vision either.

I have never forgotten that lunch, not only because it was the first time I got drunk, and did it in style, of which Mrs Green was never made aware, but I remembered the smoked cocks, which I have re-created and made into a gorgeous starter...... to read more you will need to buy the book!

The starter is Smoked Pheasant Scoops.

You order your copy please contact Esther direct on - eeveerman@hotmail.co.uk