From tin mining to Tinseltown

This news article is from our news archive, details may be out of date - thank you.
Hollywood took over the Caerhays Estate in Cornwall to shoot one of the most hotly anticipated movies of the year.

She takes the title role in Miss Peregrine’s Home for Peculiar Children, based on the bestselling children’s novel by Ransom Riggs.

The filming and the exact location were kept a closely guarded secret by studio Twentieth Studio Fox ahead of the film’s release Friday 30th September.

Caerhays Estate owner Charles Williams said: “They told us they had looked everywhere for an unspoilt coastal location that summed up the vivid descriptions of the book.

“With caravan parks, golf clubs and giant hotels adorning cliffs around most of the nation’s seaside areas Caerhays was the perfect choice.

“Our beaches aren’t overlooked by giant yachts and there are no jet skis to be seen. So, for a few short months in the Spring we became a small Welsh fishing village. It was great fun and we loved having them here.”

The crews filmed on location in the tiny estate village of East Portholland and on the beach at nearby Porthluney Cove.

They arrived with a staggering 70 lorries and at the peak of filming they had more than 400 cast and crew at their main unit base, in a field near Caerhays Castle.

Carpenters and set designers built a temporary post office, stores and a local pub in the car park at East Portholland, taking it back in time to the 1950s.

And Cornwall Council was called on to speed up the strengthening of a small local bridge to support the weight of the location lorries, ferrying everything from pieces of set to camera equipment.

Mr Williams, whose family lives on the 14th Century estate, said: “Everyone in the area was involved. Residents were extras and many people on the estate helped out. 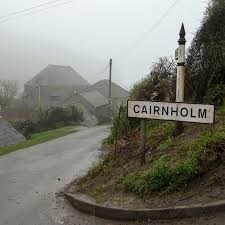 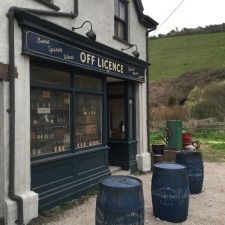 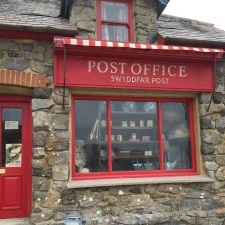 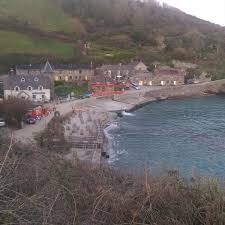 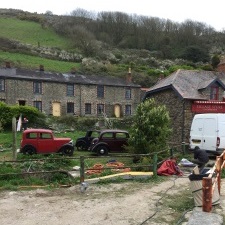 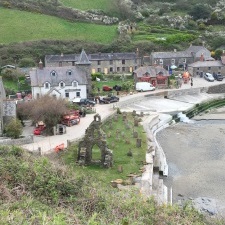 “It was a really exciting time for the whole area and we enjoyed working with the crew. They were fantastically efficient and even brought in their own broadband.”

Key members of the production team stayed on the estate’s holiday cottages, including cult director Tim Burton, whose credits include Edward Scissorhands, Beetlejuice and the 2005 remake of Charlie and the Chocolate Factory.

Security was tight throughout filming with Fox laying on staff to prevent paparrazi photographers giving away too much about the look of the movie.

And strange requests were made to estate staff, including extra foliage to make the area look “more moory”.

Caerhays Head Gardener Jaimie Parsons said: “It was great fun and we did everything we could to accommodate them.

“I chatted to Mr Burton when he first visited the estate looking at locations and he was a really nice man who kept saying how great it was to get out of London and into such beautiful countryside.”

The amazing 140 acre gardens, home to the a National Magnolia Collection and featuring plants grown from seed collected in China as early as the 1870s, won this year’s Historic Houses Association Garden of the Year Award sponsored by Christies. 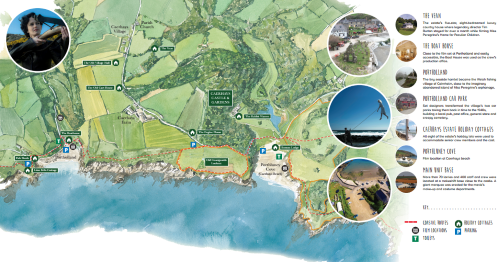 Click to download Caerhays Filming Map pdf.
The filming for Miss Peregrine was done in locations around the estate and the Williams family hope Caerhays will become an increasingly popular location for both film and television producers.

It’s not the first time it has been used in a fictional re-telling of a classic novel. Hit TV drama series Rebecca was filmed there in the 1970s.

Estate marketing manager Lucinda Rimmington said: “Only the estate and beaches were used for the filming of Miss Peregrine. It would be lovely in the future if the castle could be used.

“The whole area is unspoilt and can easily be taken back in time. The crew did an amazing job transforming East Portholland.

“They turned one area into a cemetery with grave stones, changed the signage to Welsh and even set fire to the fake pub for one of the scenes.

“It’s such a popular children’s book we’re sure people will want to visit the locations where the movie was filmed. And we hope directors, producers and location managers will turn to us again.

“After all we managed to transform Caerhays into a Welsh coastal village in the 1950s. Anything is possible.”