These are very peculiar South American spiny shrubs which look as though they should be succulents. They can however have their uses in keeping unwelcome visitors from the garden. No one, dogs included, would take on a Colletia paradoxa!

The branches of colletia form succulent flat or triangular mid blue-green or grey-green spines which point outwards from the shoots. Conventional leaves are almost totally absent except in young plants. 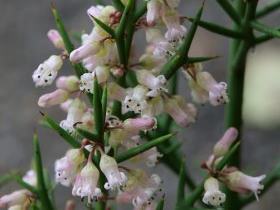 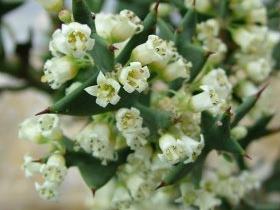 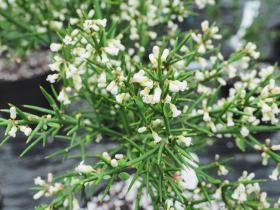 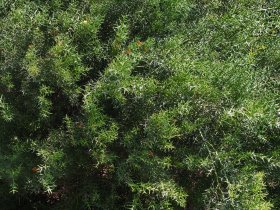 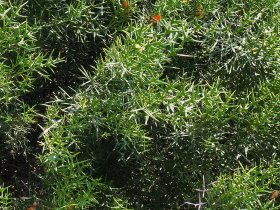 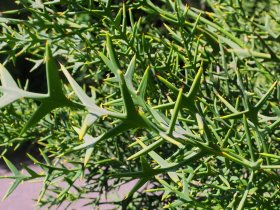 Both C. hystrix and C. paradoxa produce small bell shaped or tubular white flowers singly or in clusters either on the spines or below them. In autumn, and sometimes well into winter, these flowers appear in profusion all over the shrub. C. hystrix flowers are fragrant.

Both species will eventually grow to 8-10ft with a spread of around half that. They can be grown as freestanding plants in a sheltered spot or against a wall. They have never turned a hair in frost with us. They do however grow fairly slowly.

Propagation requires a thick pair of gloves to remove side shoots in late summer and insert them in a heated mist bench. Of the two species C. paradoxa is the most peculiar in appearance. At Ventnor Botanic Gardens both species grow together in partial shade as free standing shrubs of some note providing you do not get too close!