This is another attractive and unusual spreading tree whose greatest merit is the brown cone-like fruits which stand proud on the tree from autumn well into the next growing season. This is perhaps the easiest way to recognise this fairly rare tree.

With us the tree produces odd male and female flowers at the ends of pendulous new growth in June or July. The long yellow-green male catkins are around 4-6in long and surround a single female flower which then, if fertile, grows into the bottle-brush-like cone which is so distinctive in this species.

The pinnate leaves are 12in long with seven to fifteen leaflets on graceful arching branches which almost touch the ground. Unfortunately we did not initially realise how quickly this tree would grow and spread (20ft x 20ft after 25 years) and have had to dig out and remove several smaller rhododendrons nearby before they were swamped.

Our tree grows in full sun. So far we have been slow to try to propagate seeds from the mature black seed cones but we will be trying! 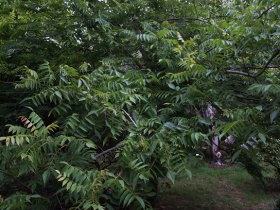 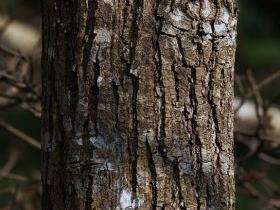 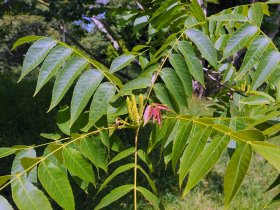 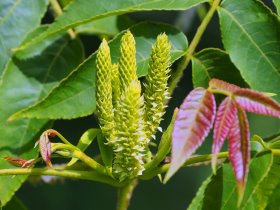 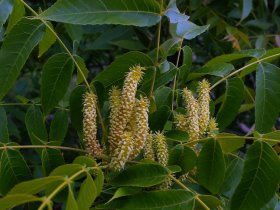 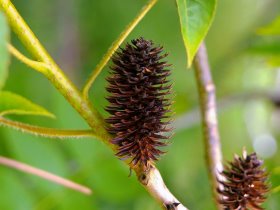