The shoots and stems on Chinese wisteria twine anti-clockwise, the flowers appear before the foliage develops and are about 9-12’’ long.

The shoots and stems on Japanese wisteria twine clockwise, the flowers appear at the same time as the foliage develops and are generally 12-18’’ long 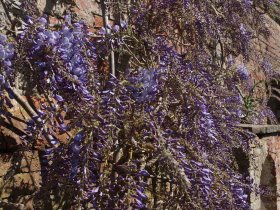 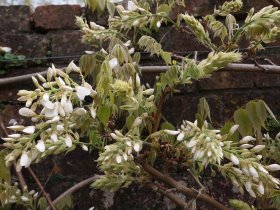 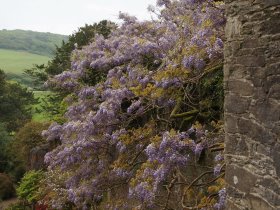 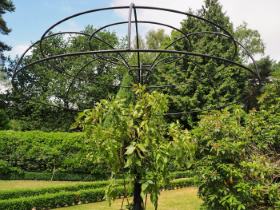 Wisteria revusta growing through an umberella

Wisterias thrive in full sun or semi shade in moist but well drained soil. They will not flower well if grown in shade. Wisteria can be trained up dead trees or even live ones with enough care each year to train the new growth tendrils ever upwards. They are however most commonly grown on sunny south facing walls where they need trellis and/or wires to hold them in place. Wisterias can also be grown as free standing ‘umbrella’ plants within a circular wire surround or over a trellis or archway. A variety of these excellent wisteria supports are available from Harrod Horticultural.

When and where to prune

Unlike most other climbers or shrubs, wisteria need pruning twice a year in slightly different ways both to prevent these vigorous plants getting out of control but, more importantly, to ensure that they produce the maximum quantities of the largest possible flowers.

Immediately after flowering, when the spurs and tendrils of new growth are growing away exponentially, is the time to ensure good flowering next season. You are aiming not just to train and control the plant as and where you want it to grow but, more crucially, to avoid the plant wasting energy on new growth shoots which will not produce any flowers next year. So prune out the soft and whippy new growth to about 6’’. Leave unpruned the growths needed to fill the trellis or wires in the shape you want. There may well be a lot of new growth to remove and this includes growth and vigorous shoots from the base of the plant or even from root suckers at ground level where the roots are forced above the soil level and exposed to light. This is common in older wisteria. 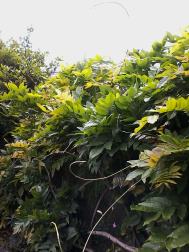 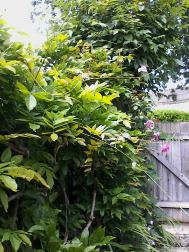 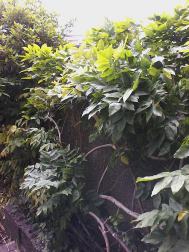 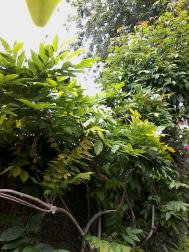 This winter pruning may be easier but you may still need a ladder! At this time of the year you are aiming to cut back the newer shoots to just three/four buds. In effect the last year’s growth needs to be cut back to 3-4’’. You should aim to remove any growth outside the main framework of your trellis or wiring. However, with this second seasonal pruning, you are ensuring the best possible flower production from your plant. 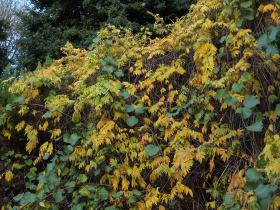 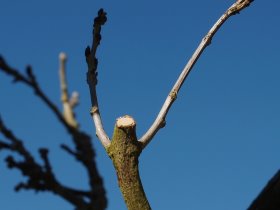 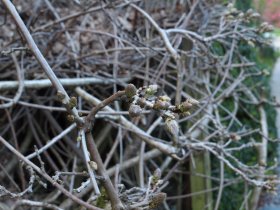 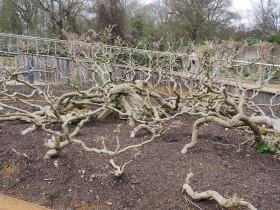 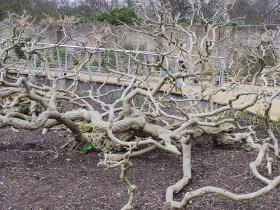 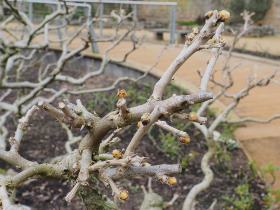 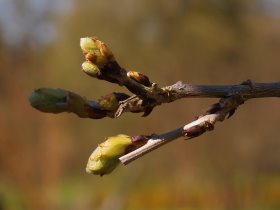 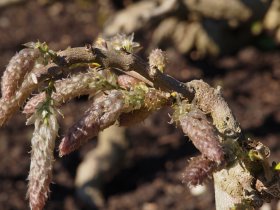 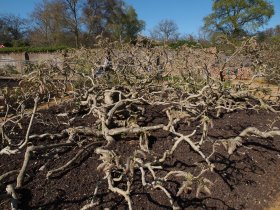 Why is my wisteria not flowering?

The simple and most obvious answer is that you have probably allowed the new growth tendrils to run riot unchecked and unpruned in the previous summer therefore wasting the plant’s energy on new growth rather than flower production. This is particularly true in young plants of up to three to four years of age where vigorous new growth may be welcome but some pruning is also essential.

Other reasons for wisteria flowering sparsely may include growing them in too much shade or overfeeding them nitrogen fertiliser. Feeding will encourage the production of flower buds but it may also encourage the plant to run riot with too much unpruned and unchecked new growth.

In the main wisteria, especially ancient or mature plants, do not need feeding as they are leguminous plants.

If all else fails and, despite all the correct pruning, your wisteria still fails to flower the solution is to take a spade and cut off a proportion of the roots in the ground. This may well starve or ration the plant into flowering. Wisterias are very tough plants and can take hard pruning and hard punishment of this sort with no ill effect.

There is, as ever, one other potential reason why your plant may not be flowering. Wisteria cultivars are usually grafted onto a seedling Wisteria sinensis rootstock. If the graft dies, or even if it does not, there may be growth from at or below the ground level from the rootstock itself. In this instance you will need to remove all growth from the rootstock or dig the plant out and start again if the grafted portion has died or been smothered. 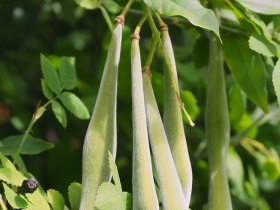 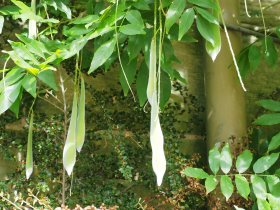 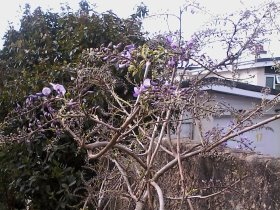 Starting to flower in spring after pruning in winter 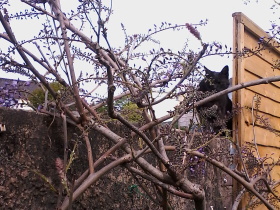 Starting to flower in spring after pruning in winter

In the main, do not! In the early years some potash or bone meal feed may well help to get the plant growing on satisfactorily but use this sparsely.

Avoid all high nitrogen plant feeds as they simply are not necessary or desirable for wisteria for all the reasons described above.