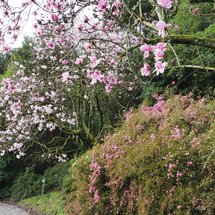 Large flowers red-purple on the outside and cream inside.
Click to view more details >

Very light yellow flowers. Blooms at an early age and earlier in the season than many other yellow forms
Click to view more details >
Pages
1
2
3
4
5
6
7
Terms & Conditions