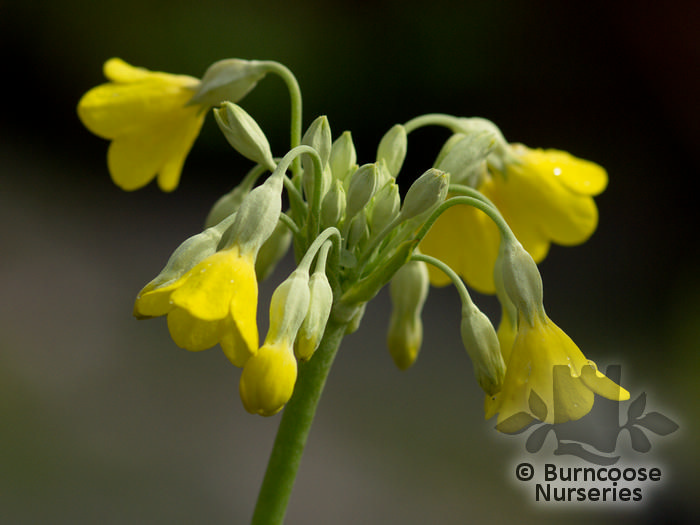 Symbols of spring, prima rosa, appearing in the UK in woodlands, hedgebanks and grassy places and originating mainly in the northern hemisphere with almost half of species coming from the Himalayas.

Genus of about 400 species of mainly herbaceous perennials, some woody based and evergreen.

In groups of upright candelabras, the very diverse primrose/polyantha and the auriculas which include those with centres of white meal displayed as show auriculas.

Represented in the UK by the common P. vulgaris, the cowslip, P. veris (which makes a potent wine), a hybrid between them, false oxlip and the true oxlip. P. elatoir existing in a small area of boulder clay in East Anglia.

Around Yorkshire and Cumbria in damp, peaty places P. farinosa, the bird's-eye primrose grows and to the north on the north and north-west coast of Scotland. the similar P. scotica is native. 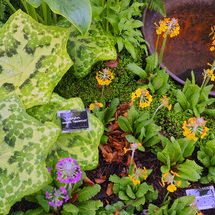