Please Click here for latest ordering and Covid information. As per current government guidance, face masks are required when paying at the cashpoint.
'C' > CARDAMINE > 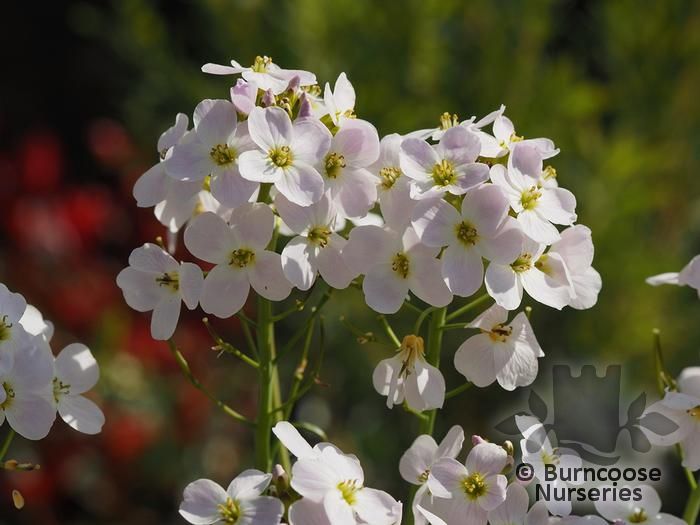 Annuals and perennials in the Brassica family. Includes the annual weed bittercress

Genus of about 150 species of annuals and perennials from cool, shady, damp habitats worldwide but chiefly in the northern hemisphere.

The family includes the invasive garden weed bittercress and the valued native Cuckoo flower or Lady's smock (C. pratensis), a food source for the orange tip butterfly and never included in Mayday garlands as it is another which it was thought unlucky to bring indoors.

C. pratensis is the county flower of Cheshire.