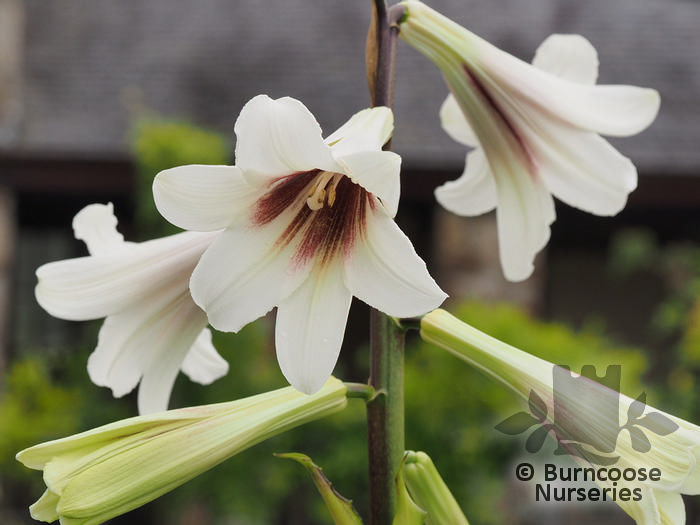 A spectacular giant well worth growing for the fun and experience of it if you have the patience.

Genus of 3 species of large, bulbous, monocarpic perennials found in scrub and forest in the Himalayas, Japan and China.


Commonly known as: Giant Himalayan lily, Giant lily.
An unusual lily which will take 5-7 years to produce an enormous 6-10ft high flowering spike of scented white flowers with a deep throat. After flowering the plant will die but large quantities of offsets and seedlings will appear nearby to develop again
Click to view more details >
Terms & Conditions