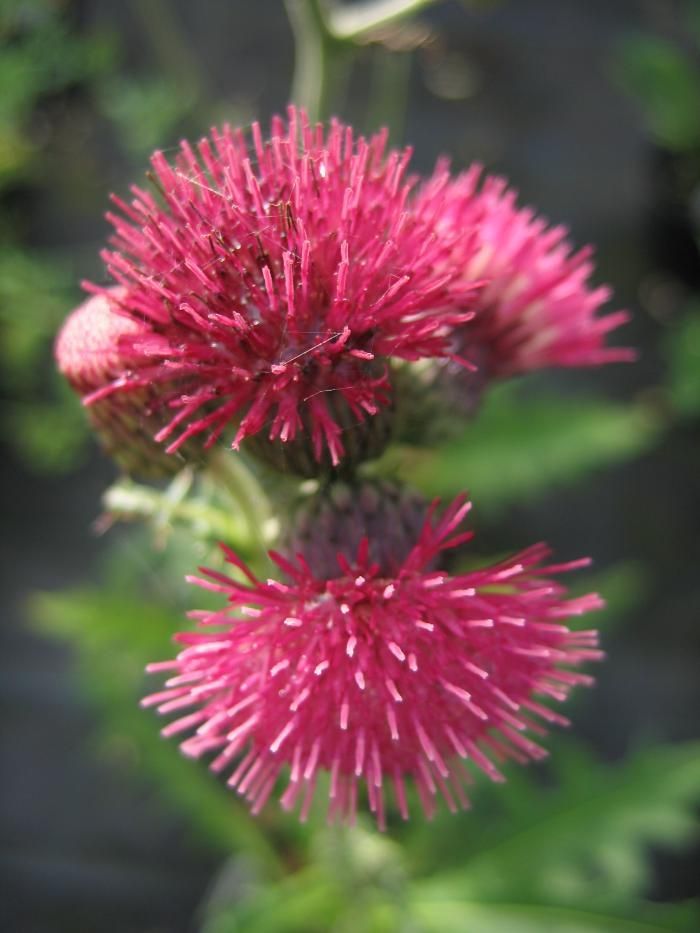 Genus of about 200 species of  biennial and perennial plume thistles, mostly considered as weeds, from a variety of habitats throughout northern temperate regions.

Some are invasive spreading by means of rhizomes or by windblown seeds.

All are important wildlife plants for insects and birds. Of the 9 or so species native to the UK the most common are Creeping, arvense and Spear, vulgare.