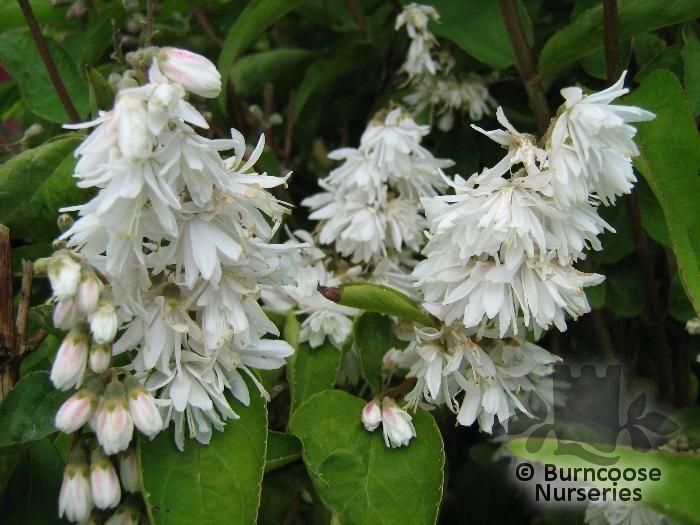 Genus of about 60 species of mainly deciduous shrubs found in scrub and woodland from the Himalayas to eastern Asia.

Most originate in China.

A relative newcomer to UK gardens it appeared in Europe in the 1830s.

An attractive hardy species from Taiwan. Racemes of white flowers like drooping lily-of-the-valley and cinnamon coloured peeling bark in winter. Not yet well known but deserves to be
Click to view more details >

An abundance of flowers and a compact habit. The flowers are bi-coloured, creamy-white on the inside and pink outside
Click to view more details >