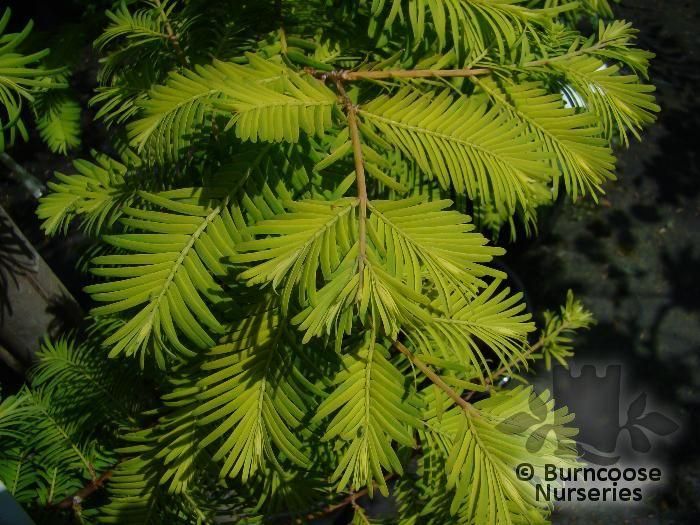 DECIDUOUS conifer in a genus of one species thought extinct and discovered as a small stand of trees in a valley forest in central China in 1944.

One of the three redwoods, the others being Sequoia and Sequoiadendron.


Commonly known as: Dawn redwood, Shui-hsa, Water fir.
A new introduction with the most brilliant yellow foliage. A 'must' for any arboretum
Click to view more details >
Terms & Conditions