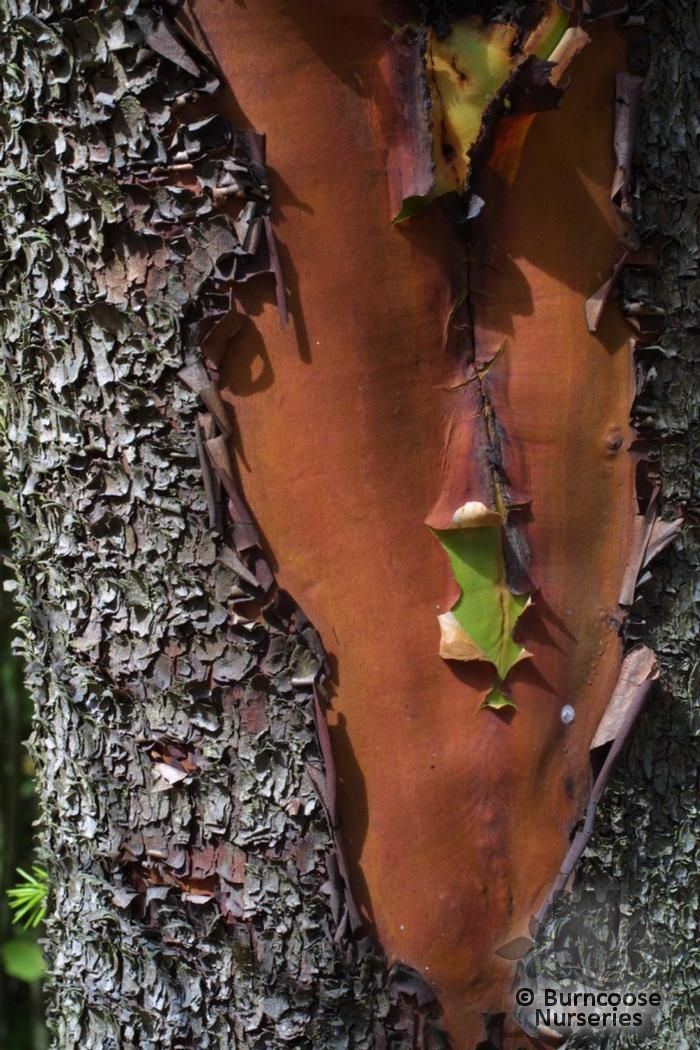 Genus of about 14 species of evergreen trees and shrubs.

Their attractive bark and growth forms make them characterful specimens.

They originate from Portugal to Turkey, Cyprus and Lebanon and from western North America to Mexico and Guatemala, mainly from rocky habitats.

Unedo also hails from southwestern Ireland with its label Killarney strawberry tree. Unedo is said to translate as "eat one only", an observation by Pliny on its less than pleasant taste, though this is transformed in its incarnation as "Aguardente de Medronhos", a fiery fruit brandy from Portugal.