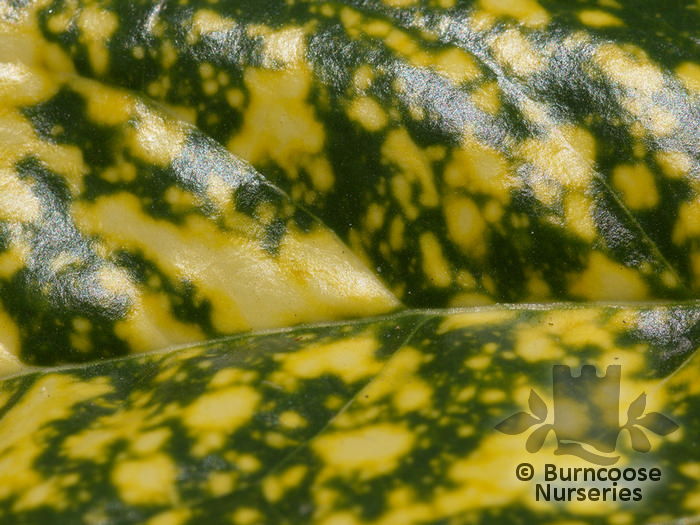 Genus of up to 10 species of tough, easily managed, evergreen, dioecious shrubs from the Himalayas to eastern Asia.

The common spotted laurel, japonica was introduced as a glasshouse specimen, a female, in 1783 and known as the "gold plant".

In 1861 plant hunter Robert Fortune located a male in Yokohama, brought it back to pollinate and the resultant red-berried shrub, exhibited at Kensington in 1864, caused a sensation.