Philadelphus are a genus of some 40 shrub species which grow in scrub or rocky hillsides both in Europe, Asia and America. They are closely allied to deutzia in habit, appearance and flowering time but the way to tell the difference between the two is that philadelphus have fragrant four petalled flowers whereas deutzia flowers have five.

With the exception of the Mexican species (P. mexincanus) all philadelphus are fully hardy throughout the UK. They can readily be grown in a shrub border or as free standing specimen shrubs on the edges of the woodland garden. All species flower in June or July when woodland garden shrubs are mainly over and the herbaceous borders are coming into their own. They make great feature plants on lawns and are vigorous enough to hold their own in competition with other shrubs.

P. microphyllus needs full sun but other species and cultivars are perfectly happy in sun or even full shade. They prefer a loamy soil which does not dry out completely but are perhaps as unfussy as any group of plants can be about their location. This is, of course, why they are so widely grown in so many different situations.

Since most species grow into shrubs which are 4-6ft in height they can become overcrowded with woody stems. When you look into a philadelphus clump you will often see vigorous new growths emerging to challenge the mature flowering branches. Perhaps biennially you can therefore thin out your plants by removing the older stems which have flowered profusely to make room for the new shoots which will produce more flowers in the following year. Shortening individual stems will not achieve this but can certainly be undertaken with no ill effect if the plant gets too big and is threatening a neighbour.

Powdery mildew can be an issue with philadelphus in hot wet conditions but the plants readily grow through the problem.

Our selection of three philadelphus for your garden: 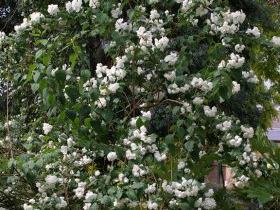 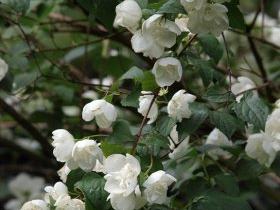 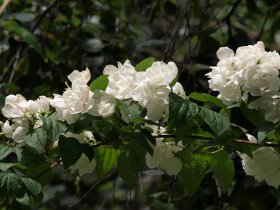 Philadelphus coronarius ‘Aureus’ – a marvellous contrast between the golden foliage and the scented white flowers. Best in full sun. 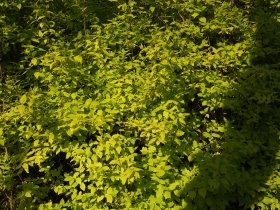 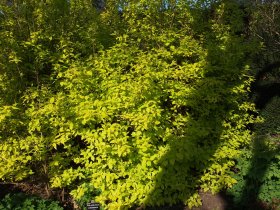 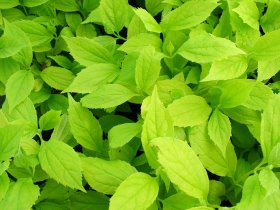 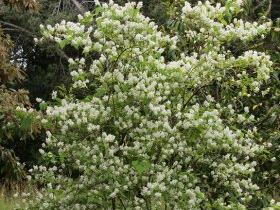 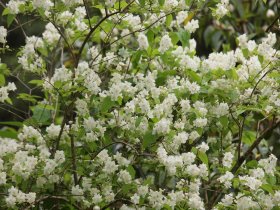 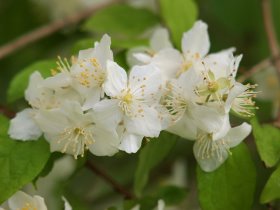