Due to very high order volumes, there is an order limiting system in place at present. Please be aware that courier deliveries can be delayed, due to high volumes.
picture_as_pdf View this as a PDF for saving and printing

Pittosporum tenuifolium is a native of both the North and South Islands of New Zealand and is found from sea level to high altitudes.

P. tenuifolium and all its numerous cultivars are completely evergreen with ‘leathery’ leaves. Other than the dwarf growing varieties these larger shrubs or small trees can readily achieve up to 30ft in height even in eastern counties of the UK.

The flowers produced by P. tenuifolium are abundant but fairly small and hidden within the evergreen foliage. They are chocolate-purple in colour and usually appear in May or June. Although the flowers are visually unremarkable their chief attribute is an exquisite honey-like fragrance which is most apparent in the evenings.

Pittosporum foliage is frequently used by flower arrangers as it is long lasting in water. 100 years ago in Cornwall many small farmers grew a field of P. tenuifolium as a cash crop alongside their daffodils. Today there is a vast array of contrasting colours and forms in the foliage of the many cultivars of tenuifolium. Some are even grown as windbreaks in milder areas.

All have woody fruit capsules that contain black seeds. 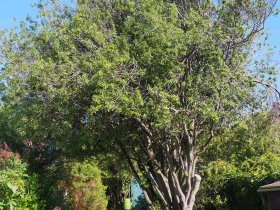 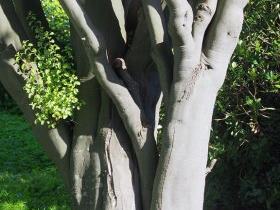 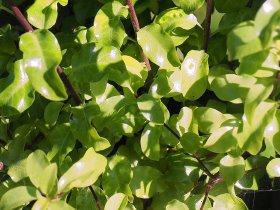 P. tenuifolium and its cultivars are far and away the most widely grown of any species of pittosporum in the UK. As such they are proven to be hardier than other species.

Once the plants are established and start to develop a woody stem they can certainly withstand temperatures of minus 5°C. Greater risks to this evergreen come from the wind chill factor of cold north and easterly winds so some shelter is essential in colder parts of the UK.

In coastal situations they can well withstand salt laden westerly gales with only minor leaf scorching. In colder areas it is advisable to grow them up against a wall or to even consider growing the more dwarf varieties in pots and bring them into the greenhouse for the winter.

In the heat of London and other inner city areas pittosporum varieties are now a common sight in gardens.

Shelter and hardiness aside P. tenuifolium varieties grow best in fertile, moist, but well drained soil either in full sun or in partial shade. Those forms with variegated or purple leaves produce the best foliage effect in full sun.

Pittosporum require no special pruning although the branches can readily be cut for floral arrangements.

Pittosporum will readily self sow themselves onto any bare ground around the plant.

The seeds, when ripe, can be sown in containers or a cold frame immediately in the autumn or in spring.

Best ones to grow

Our selection of the best P. tenuifolium cultivars to grow:

Pittosporum ‘Tom Thumb’ – this forms a low rounded bush which will achieve no more than 3ft in height. The foliage is a striking flushed bronze-purple. 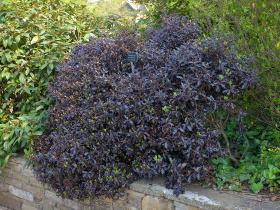 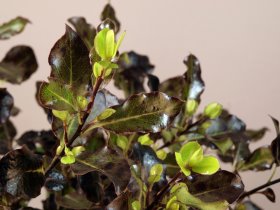 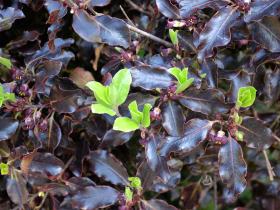 Pittosporum ‘Irene Patterson’ – this is a slower growing variety with green leaves that are irregularly but attractively speckled and spotted with white. 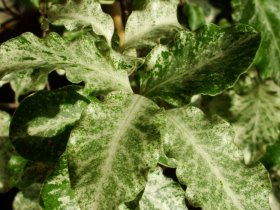 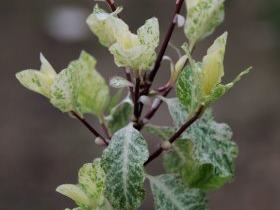 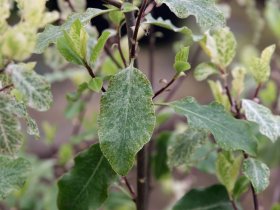 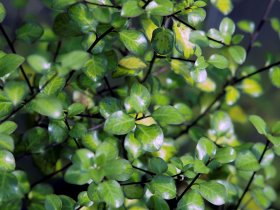 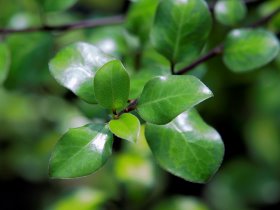 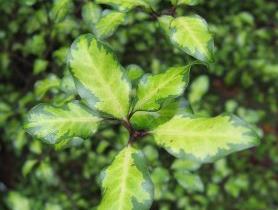