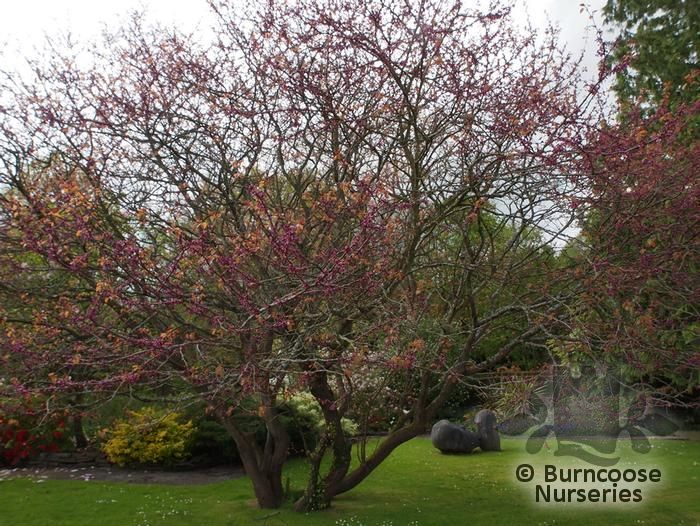 Genus of about 10 species of deciduous shrubs and trees from woodlands, woodland margins and rocky hillsides in the Mediterranean, central and eastern Asia and North America.

The most common is C. siliquastrum, Judas tree - or more likely Judea's tree (where it is  commonplace). An absolute eyecatcher when flowers appear from an old trunk.


Commonly known as: Oklahoma redbud.
Thick glossy leaves and dark purple flowers. The heaviest flowerer of any Cercis and the most popular of all Cercis in the United States
Click to view more details >