Please Click here for latest ordering and Covid information. As per current government guidance, face masks are required when paying at the cashpoint.
'C' > CYTISUS > 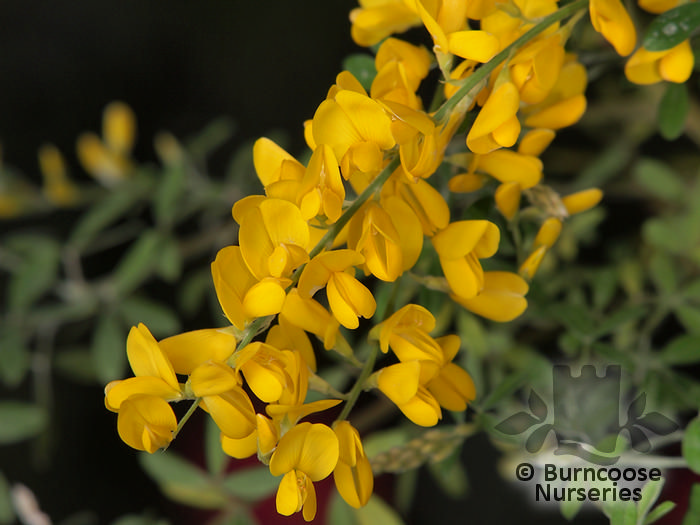 Genus of about 60 species, similar to Genista, of deciduous to evergreen shrubs, rarely small trees, from Europe, western Asia and northern Africa.

The UK native common Broom (C. scoparius), sometimes known as Scotch broom may have been  the emblem of the Plantagenet kings from Henry II, when brooms were known by the latin planta genista.