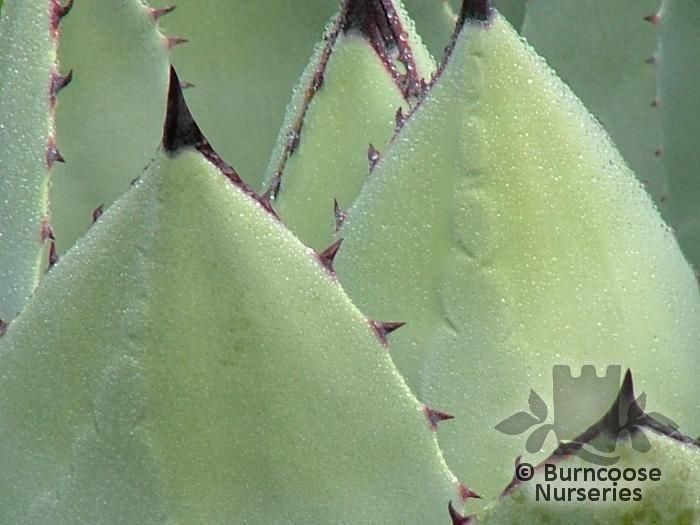 Genus of about 200 species of rosette-forming, perennial or monocarpic succulents from desert and mountain regions of North, Central and South America and the West Indies.

In most species the rosettes die after flowering and fruiting leaving offsets.

Flowers, leaves, stalks and sap are all edible. The sap has been used for various alcoholic drinks, the most well-known being tequila ,and the plant also provided paper and rope from its fibres.