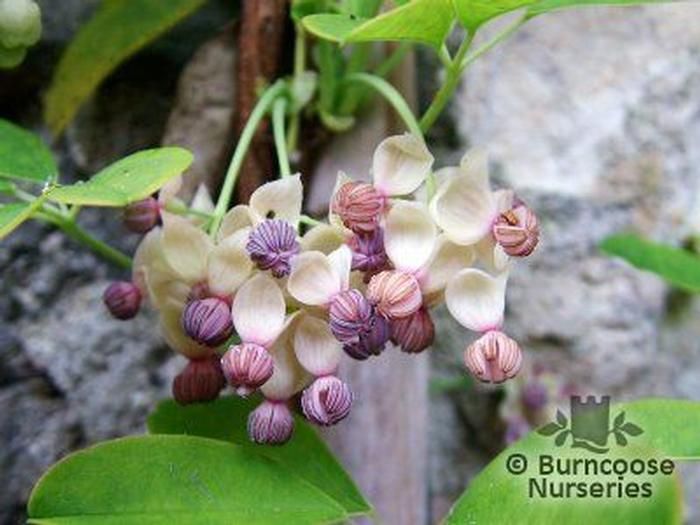 Genus of about 5 species of deciduous or semi-evergreen twining climbers from forest margins in eastern Asia.

The common name comes from the vanilla/chocolate spicy scent.


Commonly known as: Chocolate vine.
A cross between A.quinata and A.trifoliata with dark purple flowers. Rare in cultivation
Click to view more details >