Please Click here for latest ordering and Covid information. As per current government guidance, face masks are required when paying at the cashpoint.
'H' > HIPPOPHAE > 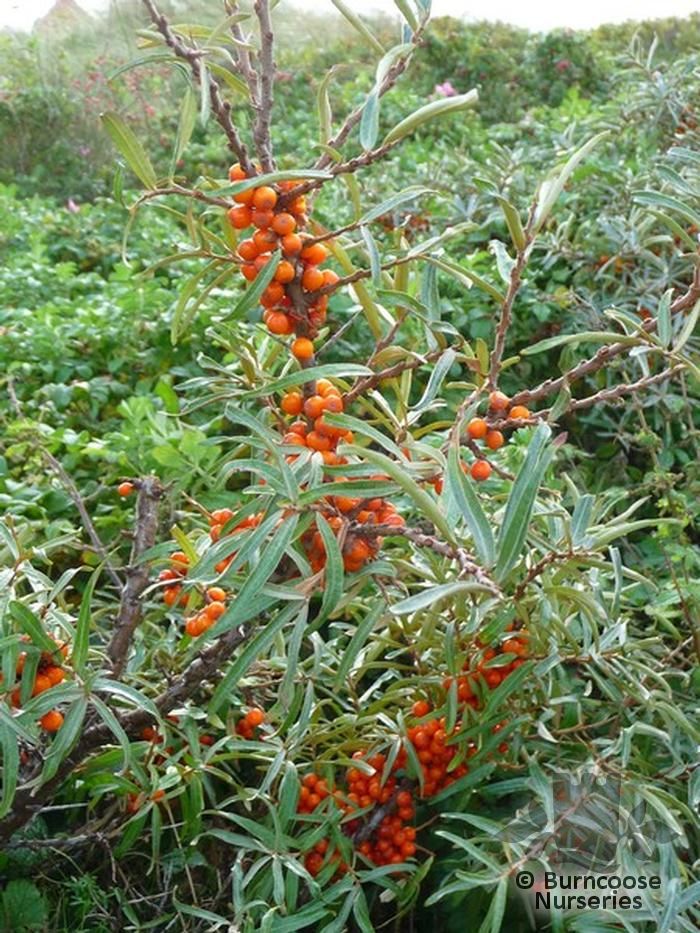 Where male and female plants exist the females produce abundant orange fruit which persist into winter.

The fruit is used widely in products for consumption, as is the juice which is rich in oils. It separates on crushing into 3 layers. The upper layers are used for creams and liniments, the lower, the juice for edible products.

Genus of 3 species of deciduous, dioecious shrubs and trees from Europe and Asia, occurring on coastal dunes and in screes and on riverbanks in the mountains.

The UK native H. rhamnoides (only in the east) has been planted to stabilise sand dunes but can become invasive.