Please Click here for latest ordering and Covid information. As per current government guidance, face masks are required when paying at the cashpoint.
'P' > PROSTANTHERA > 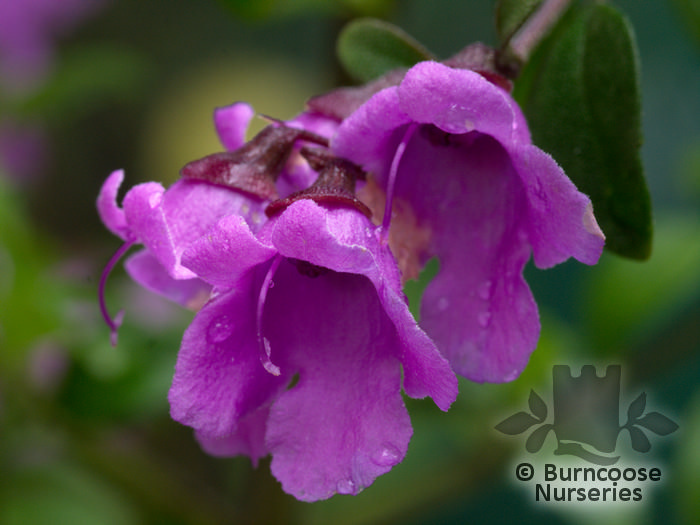 
Commonly known as: Alpine mint bush.
Minute leaves and large racemes of white flowers. The hardiest of all Prostantheras and a suitable rock plant
Click to view more details >


Commonly known as: Blotchy Mint Bush, Monkey Mint Bush.
Highly unusual protruding flowers which are violet tinted bluish-green. Native to S.E. Australia, so only for the patio over summer or the cool greenhouse. It will certainly however surprise your visitors!
Click to view more details >
Terms & Conditions