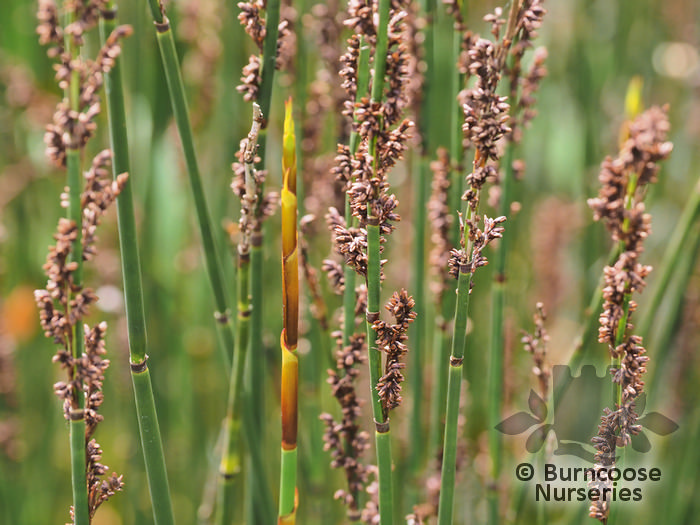 Restios make eye-catching architectural features in any garden or border or as patio plants in pots
Further Reading....


Commonly known as: Broom reed.
A very architectural restio with stems of up to 6 ft from a tussock. Brownish flower heads in spring, followed by dark brown seed heads which are good for cutting. Providing the plant is well protected with a winter mulch it will reshoot from the ground
Click to view more details >