Please Click here for latest ordering and Covid information. As per current government guidance, face masks are required when paying at the cashpoint.
'T' > TILIA > 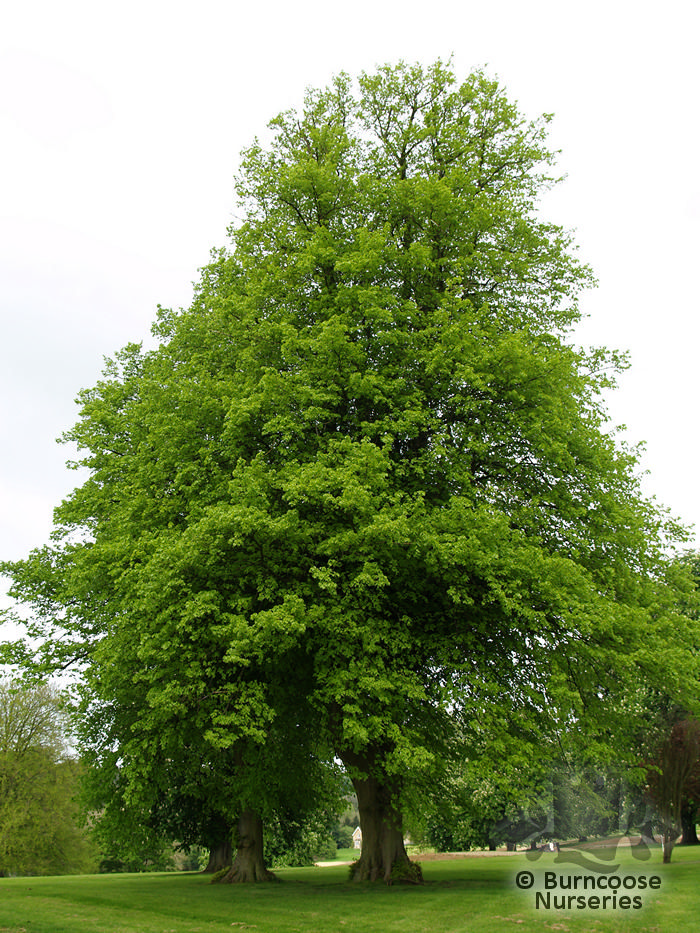 Genus of 23 species of deciduous trees found in woodland in Europe, Asia and North America. They grow into stately specimens and some have colourful red winter shoots. Included are 3 UK natives, small-leaved, large-leaved and common which is a hybrid of these. Lime leaves are food for several moth species and are very attractive to aphids which in turn attract insects, especially hoverflies and ladybirds. These in turn attract birds. Bees are attracted by the flowers and also drink the honeydew excreted by aphids. Nectar of T. tomentosa and T. tomentosa 'Petiolaris' and oliveri however may be toxic to bees, especially bumblebees.


Commonly known as: Lime.
A rare tree with huge ovate leaves which have pronounced bristles or teeth. Attractive and unusual flowers in the autumn
Click to view more details >


Commonly known as: Lime.
A large shrub or small tree which scarcely looks like a lime when first seeing its leaves. Highly scented flowers in August or September
Click to view more details >