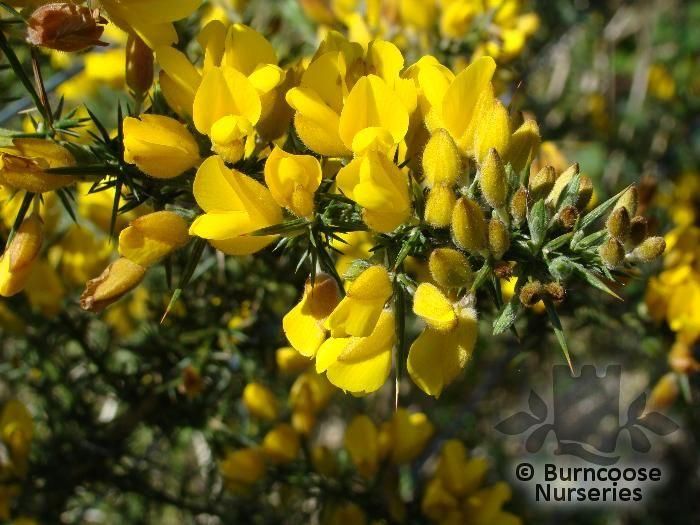 Gorse. A spring flowerer but in milder areas there will be flower in all months of the year. The coconut scent is very detectable by some persons but not others.

Genus of about 15 species of spiny, evergreen shrubs from heaths and hillsides, woodland margins and rocky sites in western and central Europe and northern Africa.

Uk natives are the widespread common Gorse, dwarf/western gorse, U. galli, in the west and U. minor, dwarf gorse in the southeast.