6th January 2021. In line with the current government lockdown rules, Burncoose Nurseries is closed to visitors. However at present we are able to offer click and collect to local customers. This will be weekdays only, not weekends. Mail order is continuing as normal. However please allow extra time for the couriers to deliver, once despatched from us. Sorry to say that some depots are experiencing high volumes of traffic, also staff shortages.
'V' > VIBURNUM > 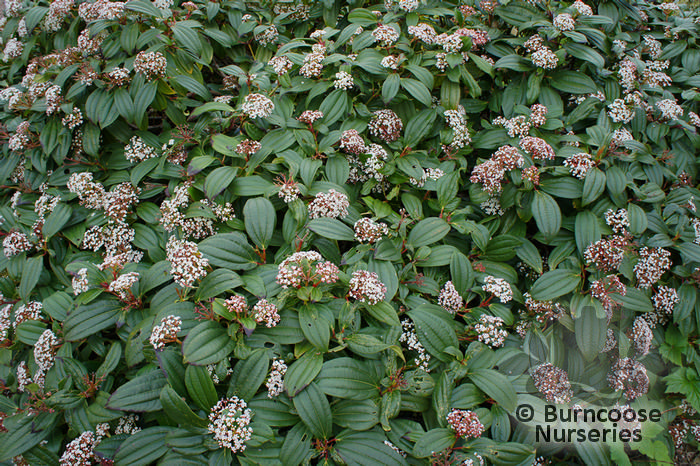 Corymbs of white flowers and masses of redcurrant-like fruits in autumn on more mature plants. One of the finest fruiting shrubs which the birds seem to leave alone right through winter
Click to view more details >

Pyramidal habit which makes it suitable for containers or hedging. Flowers have a hint of pink but open white. Attractive red fruits in Autumn
Click to view more details >


Commonly known as: Japanese snowball.
An excellent form, upright in habit but with horizontal branching. Should be grown where it can be viewed from above. White lacecap flowers
Click to view more details >