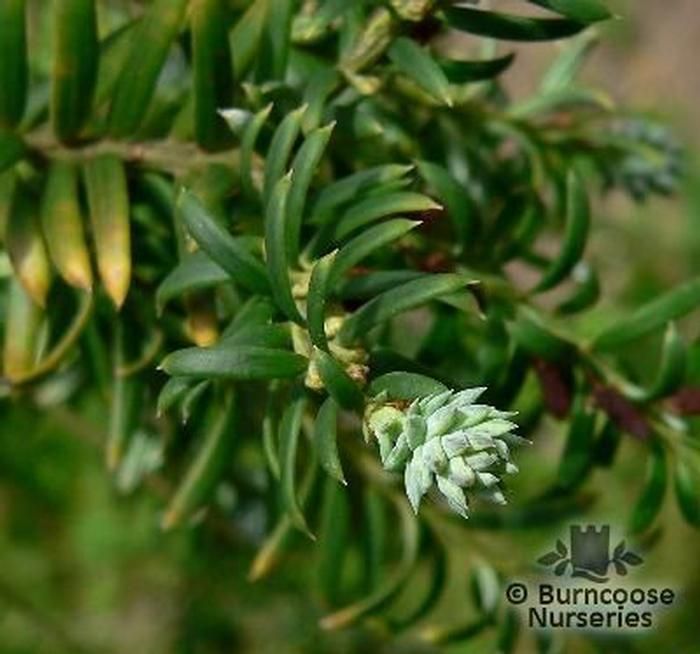 Genus of one species of monoecious, evergreen coniferous tree or shrub in the Podocarp family.


Commonly known as: Prince Albert's yew.
a conifer from Chile and Argentina named in honour of Prince Albert, consort of Queen Victoria from the Prussian province from which he came. It has a yew-like appearance with drooping branches and is an attractive ornamental tree
Click to view more details >
Terms & Conditions