Please Click here for latest ordering and Covid information. As per current government guidance, face masks are required when paying at the cashpoint.
'A' > ANGELICA > 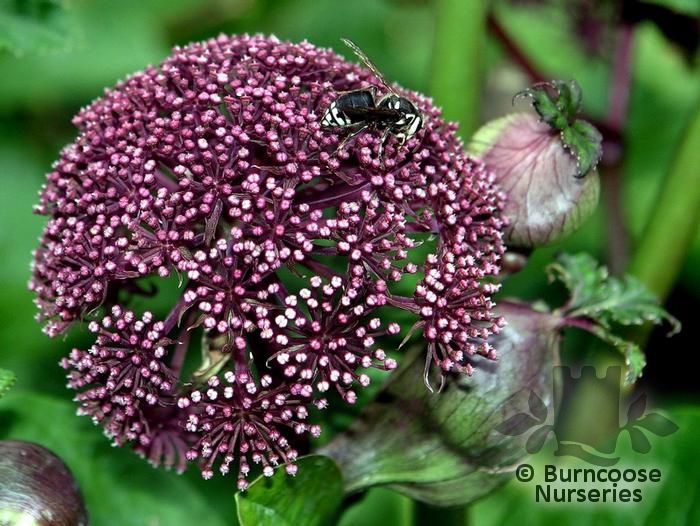 Genus of 50 species of herbaceous perennials and biennials mainly from damp woodland, meadows, fens and streambanks in the northern hemisphere.

Their architectural quality make them suitable as specimen plants in borders or by ponds.

A. archangelica, the introduced garden angelica, is well-known as a decoration for cakes and puddings and has been cultivated since ancient times as a medicine, flavouring agent and vegetable.

It is thought that the stems were the inspiration for the fluted Doric columns of ancient Greece.

In the garden if it is prevented from flowering or flowers are removed before they set seed it will often flower for a second year.

The native wild angelica, A. sylvestris, is a perennial of fens, damp woods, hedgerows and meadows.