Please Click here for latest ordering and Covid information. As per current government guidance, face masks are required when paying at the cashpoint.
'C' > CALLISTEMON > 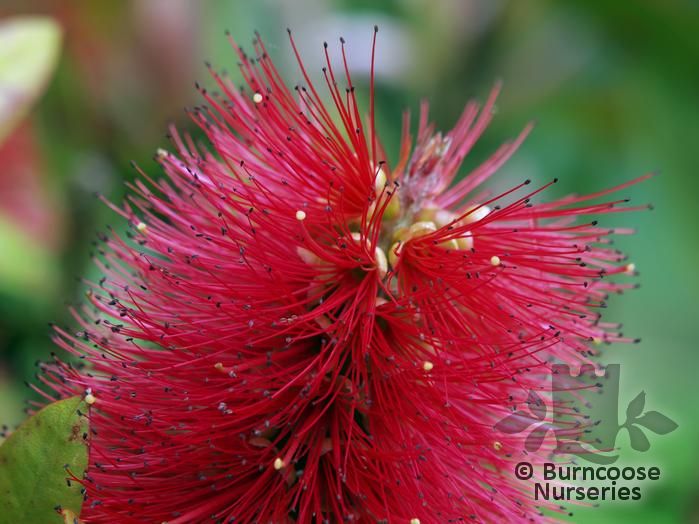 Range of shrubs to small trees with bottlebrush-like flower spikes in shades of red, purple, pink, white, green or yellow.

The bottlebrush flowers can be red, purple, pink, white, green or yellow and well grown specimens can be hard-pruned. In some species the hard seed capsules are released by fire.

Genus of 30 species or more of evergreen tress and shrubs from Australia from moist, open sites and in woodland.


Commonly known as: White bottlebrush, Willow-leafed bottlebrush.
One of the hardiest of the bottlebrushes with narrow willow-like leaves and pale yellow flowers
Click to view more details >


Commonly known as: Alpine bottlebrush.
(pityoides) - This is the hardiest species with narrow leaves and pale yellow flowers in short spikes
Click to view more details >