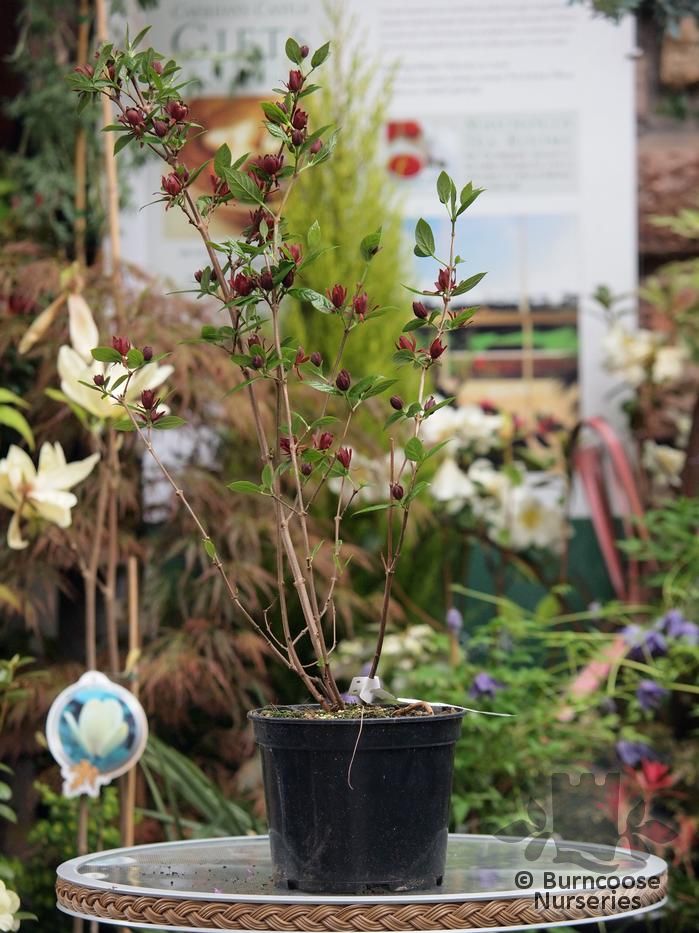 A genus of 3 deciduous shrubs from woodland and streambanks in eastern China and USA.

One of the few plants that rely on beetles for pollination as they evolved before winged insects. They are attracted by the spicy scent and are trapped within the nectarless flowers. After pollination the tepals relax allowing the insect to escape.

Used medicinally by American Indians and also for arrow shafts.

Large magnolia-like flowers white on the outside and yellowish inside with maroon markings at the base. Very rare
Click to view more details >

This is a new and extremely rare hybrid between Calycanthus and Sinocalycanthus. The flowers have a wine-red centre and white outsides
Click to view more details >