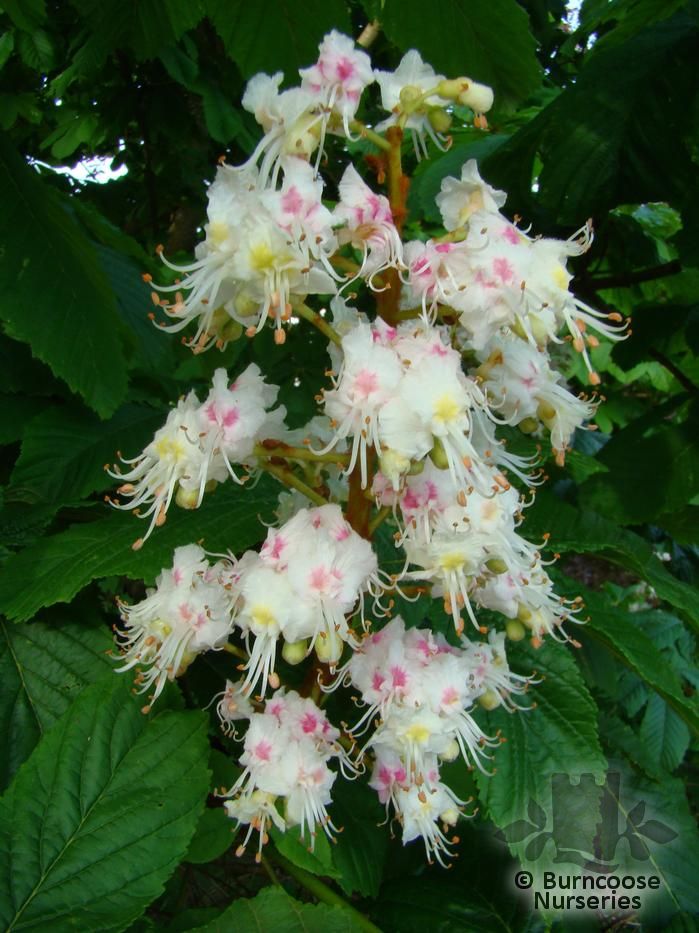 The horse chestnut, or buckeye, is a genus of about 15 species of deciduous trees and shrubs from southeastern Europe, the Himalayas, eatern Asia and North America.

Striking for their large flower spikes in candles most are too large for average gardens and are popular street  and park trees.

The common "hippocastanum" was brought into the UK from Turkey in the late 16th century.

They provide nectar and pollen for insects, particularly bees, and the fruit "conker" is eaten by mammals.


Commonly known as: Buckeye, Indian horse chestnut.
Large panicles of white flowers which are marked with yellow and suffused with pink to make an attractive display
Click to view more details >


Commonly known as: Buckeye, Horse Chestnut.
A very rare tree with tall white flowers with a yellow centre which turns red. The original record tree at Caerhays is on its last legs after 100 years
Click to view more details >
Terms & Conditions