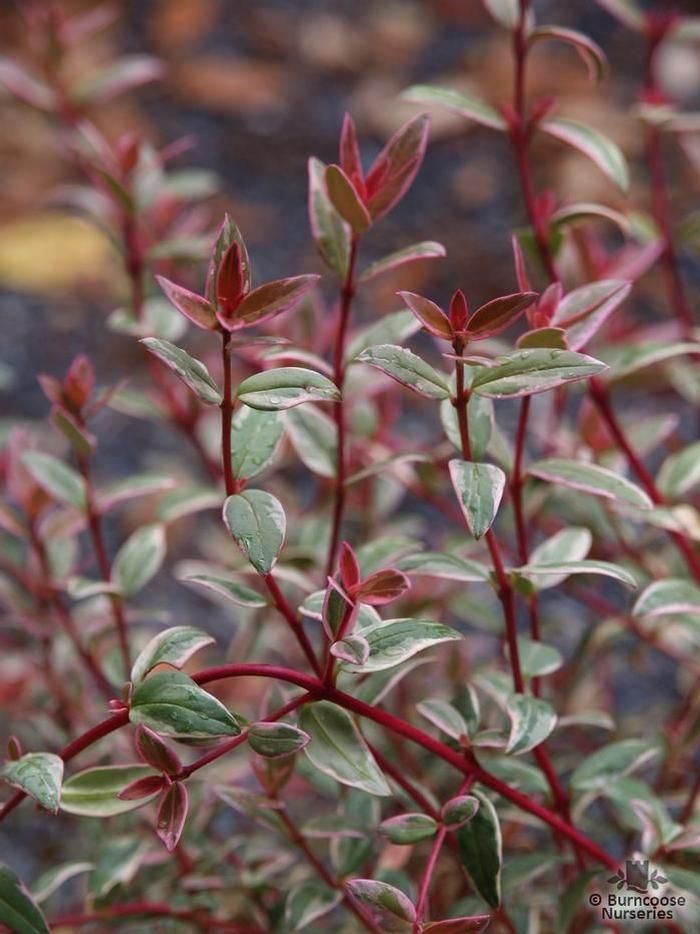 Resist the temptation and wait until these berries are dark red in mid- to late autumn for a unique taste treat.

Genus of 4 species of evergreen shrubs or trees found in forest and scrub in South America.

The species usually found is the Chilean guava, valued for its piquant, dark red berries, used commercially as strawberry flavouring.

The synonym myrtus ugni shows its similarity to myrtle.