Please Click here for latest ordering and Covid information. As per current government guidance, face masks are required when paying at the cashpoint.
'C' > CISTUS > 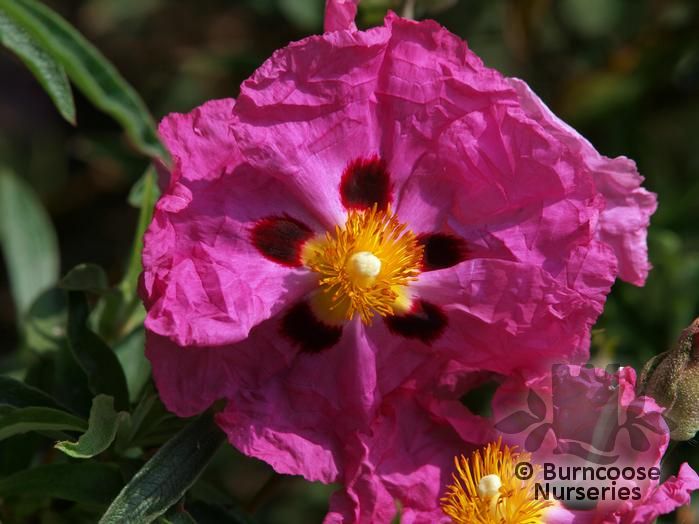 Genus of 19 species of evergreen shrubs from dry, stony soils in the Canary Islands, northern Africa, Turkey and southern Europe.

C. ladanifer (western Mediterranean) is the source of labdanum, a sticky brown resin used in history as incense. It was gathered by combing the fleeces of goats and sheep which grazed on the shrubs. In the present it is used in perfumery as a subsitute for ambergris (the sperm whale being endangered) and in the tobacco flavourings in electronic cigarette liquid.


Commonly known as: Rock rose.
Rosy-crimson flowers with a maroon blotch at the base
Click to view more details >


Commonly known as: Rock rose.
White flowers with red marks at the base of each petal. Often has some flowers which revert in part to rosy-crimson
Click to view more details >
Terms & Conditions