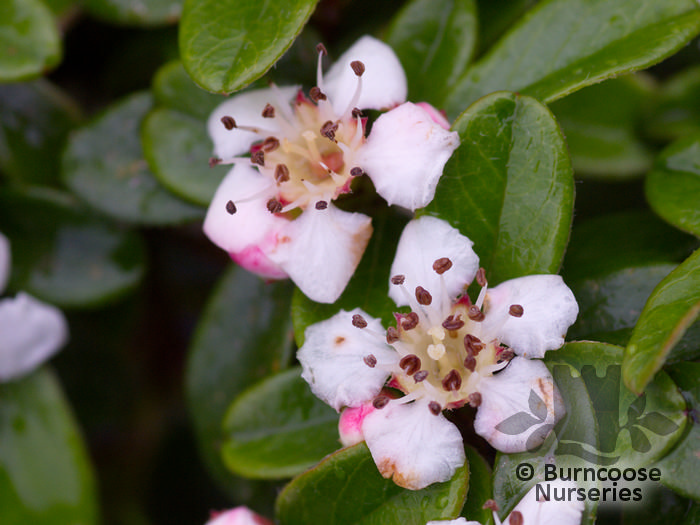 Vast selection of easy-to-grow shrubs ranging from prostrate ground huggers to the magnificent "Cornubia" and frigidus with yellow or red berries.

Genus of more than 400 species of deciduous, semi-evergreen and evergreen shrubs and trees from woodland and rocky areas in northern temperate regions of Europe, Asia and northern Africa.

A UK (Wales) native, the critically endangered C. cambricus, is at present struggling for existence at Great Orme.

Very useful as a source of nectar for bees in the "June gap".