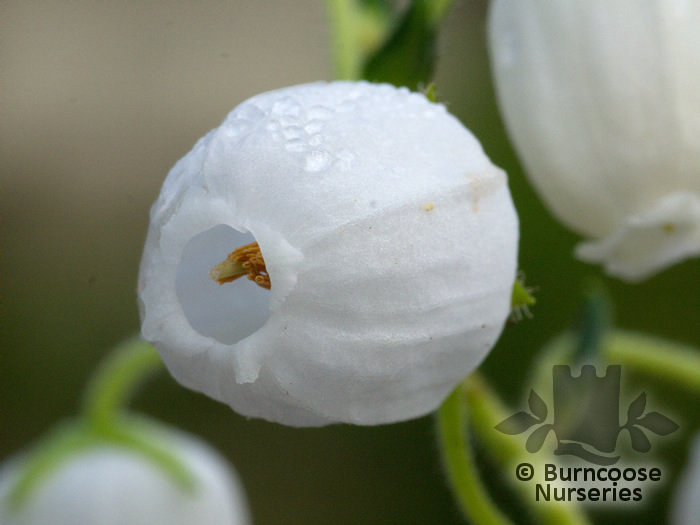 The Irish bell, named possibly from the son of a Welsh chieftain who founded a monastery in County Donegal. Found in western Ireland and northern Spain with a subspecies from the Azores and usually found as the hybrid x scotica which can flower twice a year, in early summer and early autumn.

Genus of 2 species of evergreen shrub from western Ireland, western France, northern Spain, northern Portugal and the Azores from coastal to mountain heathland. Makes good groundcover when lightly pruned to the base of the flower spikes after flowering.