Please Click here for latest ordering and Covid information. As per current government guidance, face masks are required when paying at the cashpoint.
'D' > DATURA > 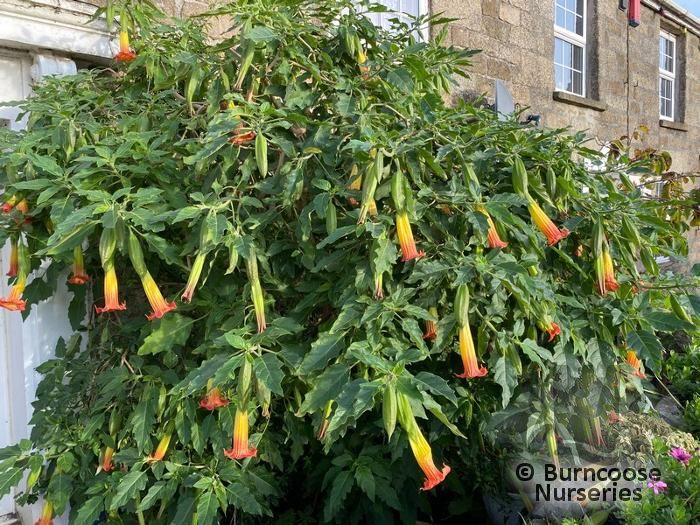 Linnaeus classified these plants with Datura. They were transferred to Brugmansia in 1805 and during the next 168 years they went back and forth in lists. In 1973 they were placed by TE Lockwood definitively as Brugmansia where they have remained.

All species are extinct in the wild, though because of their popularity in cultivation they exist widely as introductions.