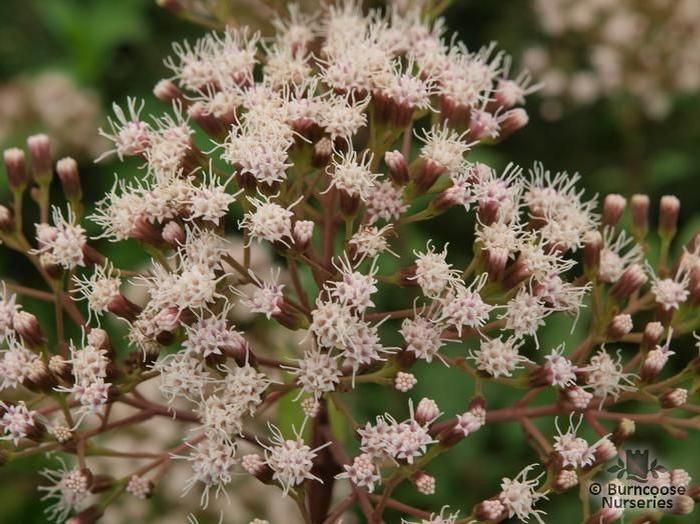 Genus of 40-45 species of annuals, herbaceous perennials, subshrubs and evergreen shrubs. They are found in temperate and subtropical regions in Europe, Asia and North America in many habitats ranging from woodland and thickets to pastureland and marshes.

All are nectar-rich and very attractive to insects.

The UK native, Hemp agrimony, E. cannabinum was once used as a cure for jaundice and to cleanse the kidney and bladder.

The leaves resemble those of hemp.