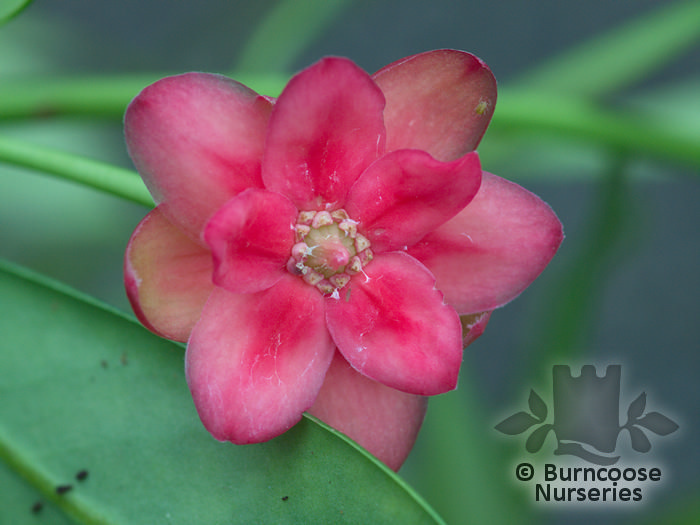 Genus of about 40 species of aromatic, evergreen shrubs and trees from woodland in southeastern Asia, southeastern USA and the West Indies.

They are grown ornamentally for their unusual flowers and woody fruits.