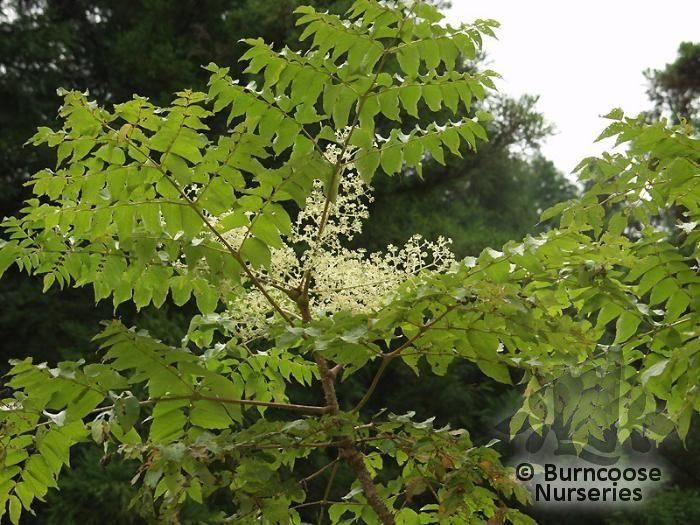 Genus of about 40 species of deciduous and evergreen trees and shrubs and rhizomatous perennials.

They originate in southern and eastern Asia, Malaysia, and North, Central and South America.

Trees and shrubs are vigorous growers and are suitable for shady areas in large gardens, adding an exotic look.

Young shoots feature in Asian cuisine and the black berries are favoured by birds which could result in the species becoming invasive.

Bees and flies are also attracted to the flowers.