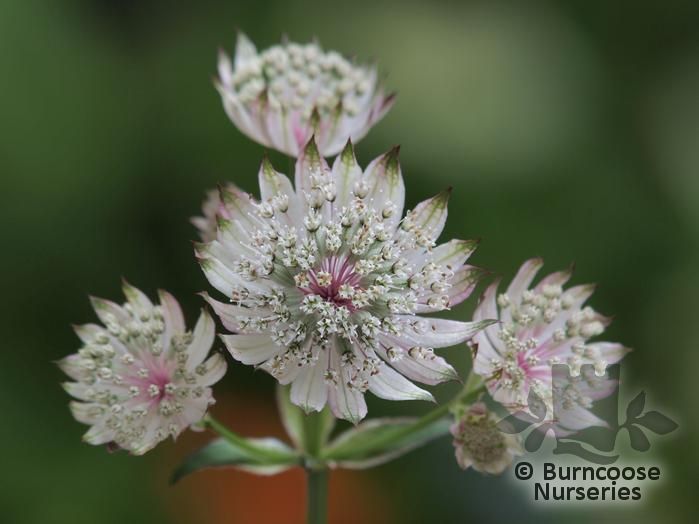 Genus of about 10 species of clump-forming perennials from alpine woods and meadows from Europe to western Asia.

One of the many worts (signifies used in food or medicine).

The pincushion flowers can be used in dried flower arrangements.

A. major is naturalised in a few areas of the UK. 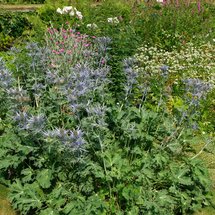 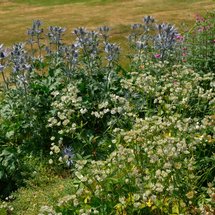 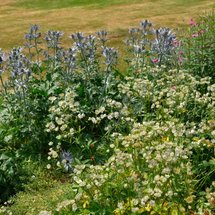 
Commonly known as: Masterwort, Melancholy gentleman.
True blood red but do not put in shade or the flowers will turn white
Click to view more details >