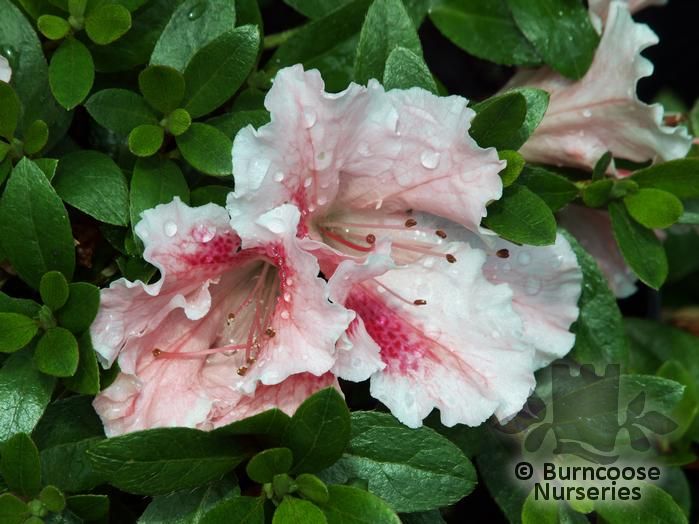 A botanical section within the genus Rhododendron.

Further divided into subgroups they commonly bear a profusion of small to large trusses of small single, semi-double or frilled, unscented, trumpet-shaped flowers.

Well-grown specimens appear as a solid mound of colour and are breathtaking as massed plantings.