Please Click here for latest ordering and Covid information. As per current government guidance, face masks are required when paying at the cashpoint.
'B' > BRACHYGLOTTIS > 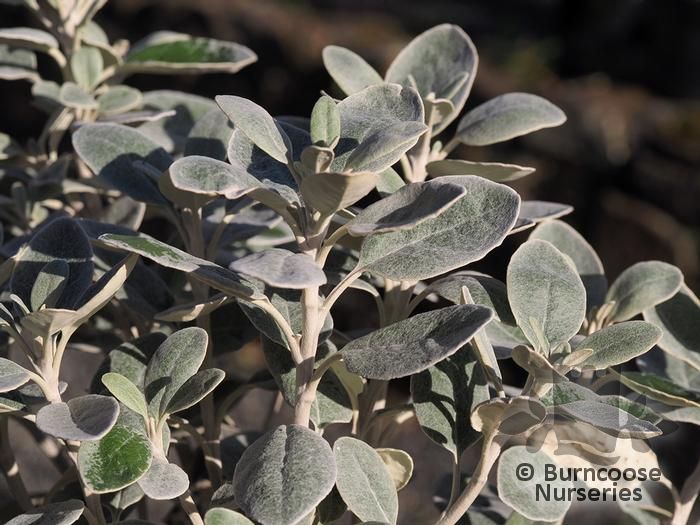 You might find that your favourite Senecio has been transposed to this unflatteringly named genus.

Brachyglottis 'Sunshine' just doesn't have the alliterative allure of Senecio 'Sunshine'. However, the improvement, the more compact 'Walberton's Silver Dormouse', when more widely known should become a favourite.

Genus of about 30 species of evergreen trees and shrubs, herbaceous perennials and climbers from New Zealand and Tasmania.

They thrive in areas of hot sun, poor soils and along the coast.


Commonly known as: (formerly Senecio).
Compact, dwarf shrub with thick shining leaves. The undersides of the leaves and stems are covered in white indumentum
Click to view more details >


Commonly known as: (formerly Senecio).
Dense shrub with many branches and masses of yellow flowers in summer
Click to view more details >


Commonly known as: (formerly Senecio) , Ragwort.
Often confused with B.greyi which is rare in cultivation, this attractive grey leaved shrub forms a dense mound of around 3 feet high and 3 feet across. Sometimes used as a low hedge in coastal areas. Large yellow flowers
Click to view more details >