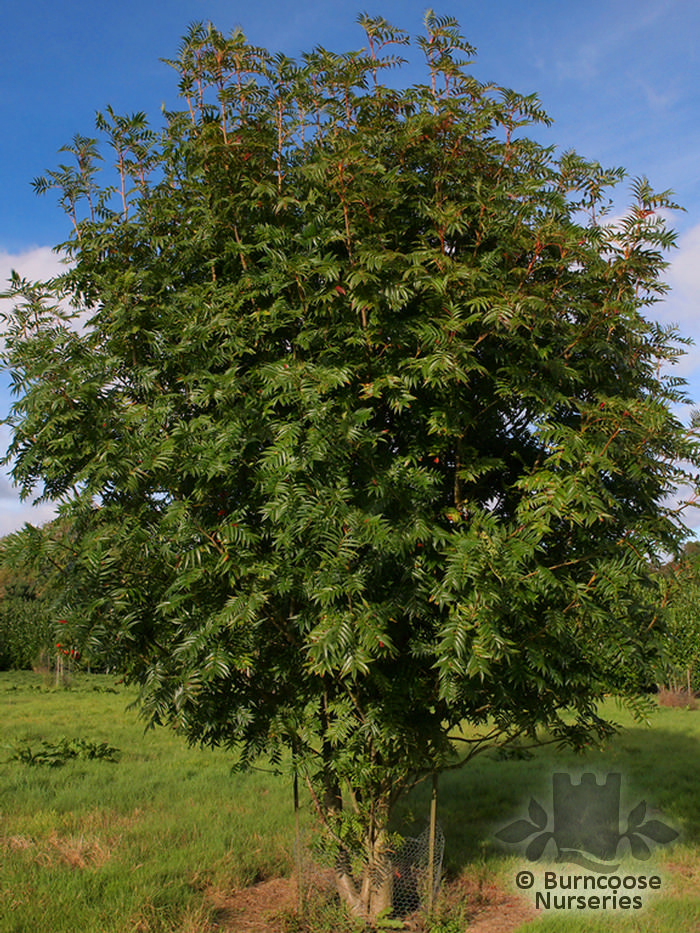 Genus of about 100 species of deciduous trees and shrubs, widely distributed in the northern hemisphere.

Vast range of attractive cultivars, most suited to small to average gardens and ideal in woodland settings. Includes the natives Mountain ash, aucuparia, the Whitebeam, aria and Wild service, torminalis.

All are valued for leaf shape, flowers, berries and their benefit to insects and birds. Tolerant of atmospheric pollution.


Commonly known as: Kashmir rowan.
Pink or white flowers and spherical white berries which are pink-tinged at first
Click to view more details >


Commonly known as: Rowan.
This has proved to be a superb tree for its orange berries and autumn colour at Caerhays. Narrow light green leaves which are white underneath
Click to view more details >


Commonly known as: Rowan.
Fern-like leaves in clusters of small leaflets. Fruits are rose-red then pink and white. A suitable species for the smaller garden
Click to view more details >