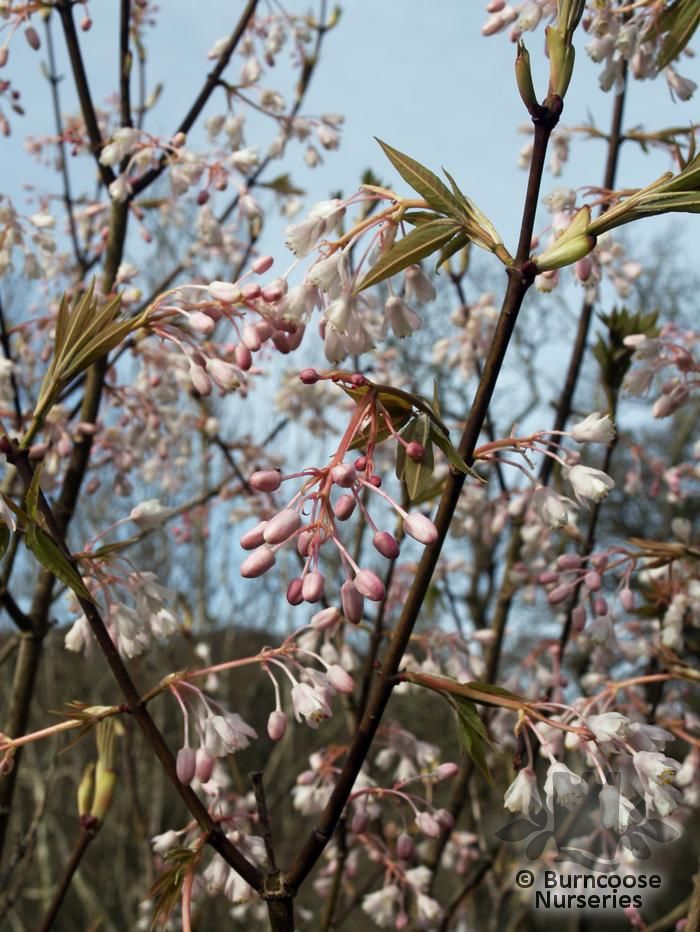 Genus of about 11 species of deciduous shrubs or small trees found in woodland and thickets in northern temperate regions.


Commonly known as: Bladdernut.
Pink in bud and blush pink on opening before turning white
Click to view more details >