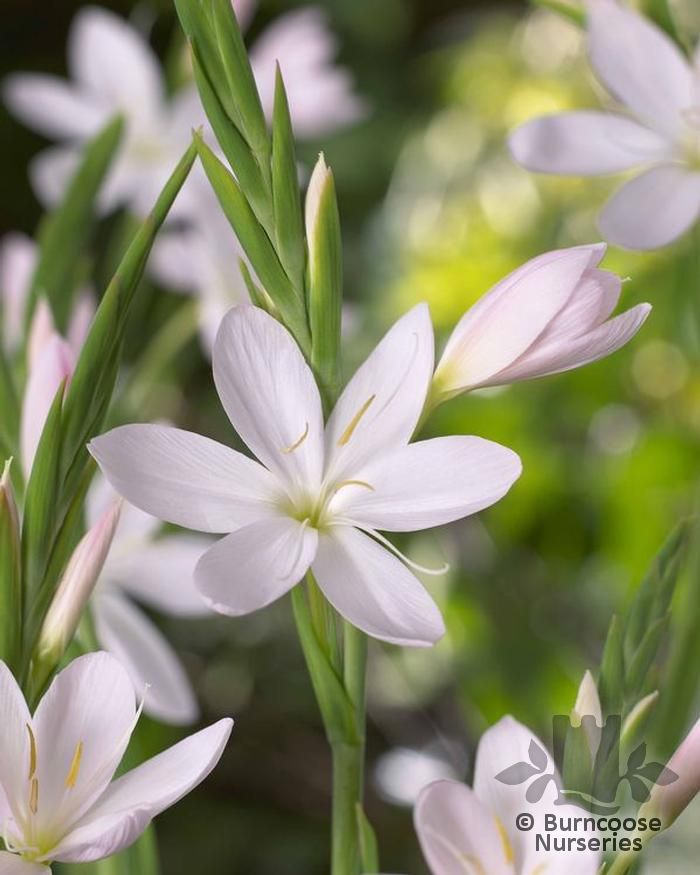 Hesperantha, the new Schizostylis. S. coccinea, which is also a semi-aquatic plant, is now included in this genus.

Genus of 82 species of cormous perennials growing in rock and sandy areas from South Africa to Ethiopia.