Please Click here for latest ordering and Covid information. As per current government guidance, face masks are required when paying at the cashpoint.
'H' > HEATHERS Calluna > 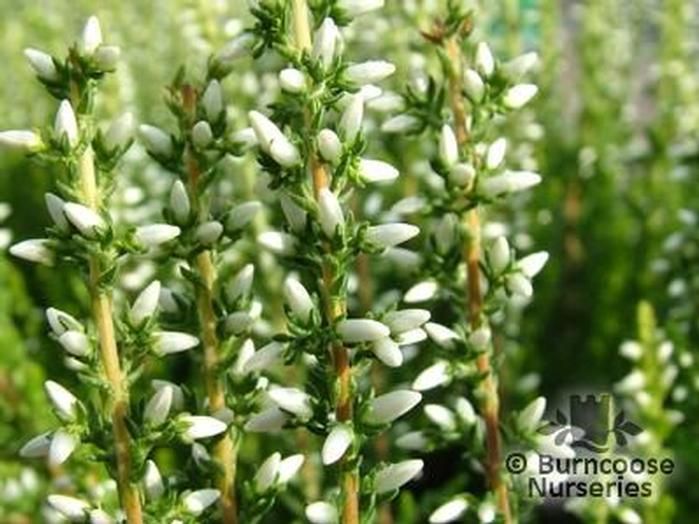 A patch of heathland for a garden with acidic soil bringing colour and food for bees from July to November. The plant of most moorland in Europe.

Genus of one species of evergreen shrub from lime-free habitats such as moorland, bogs and heathland in northern and western Europe, including Iceland and the Faroe islands. It extends into western Asia (Siberia), northern Morocco and the Azores. It is naturalized in temperate eastern and western North America and is an unwelcome plant in New Zealand and Australia. It is also found in sub-Antarctic islands including Tristan da Cunha.

Hundreds of cultivars exist. Most are valuable bee attracting shrubs but many have been bred with persistently closed buds or "double" flowers which are of no nature value. Heather honey, thicker and difficult to extract, is an important product which is usually sold as comb honey. Other, historical uses for calluna was for beer before hops were used and for besom brooms.

References in literature to heather-clad hills in Scotland refer to C. vulgaris, Common heath. In addition to its common purple colouring it appears naturally in white, the Victorian "lucky white heather".