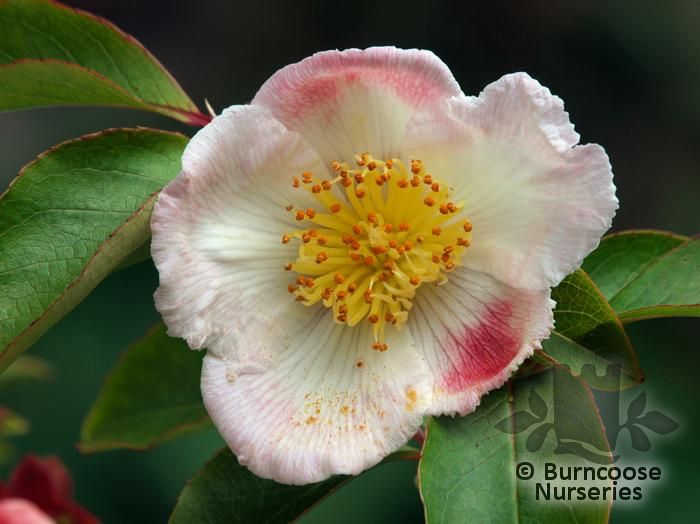 Genus related to Camellia of about 20 species of deciduous or evergreen trees and shrubs from woodland in eastern Asia and southeastern USA.

The name honours John Stuart, 3rd Earl of Bute (1713-92). The widely accepted name came about as a transcription error given to Carl Linnaeus.


Commonly known as: Upright stewartia.
Shallowly furrowed bark which peels in maturity. Flowers camellia pink at first fading later to near white on the tips of individual twigs
Click to view more details >